Irish Rockers The Saw Doctors - US Tour in March 2011

The Saw Doctors are known in Ireland for ridiculously catchy songs and for rocking the road week after week from Galway to Melbourne-and, come March 2011, from New York to Las Vegas. They've hopped up countless crowds, including at two inaugurations of Maryland governor Martin O'Malley, with 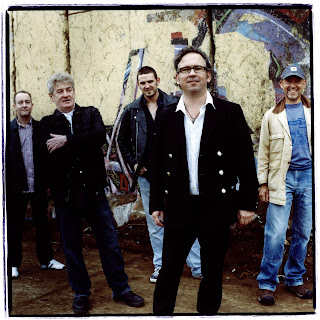 A fun-loving reputation precedes the band thanks to their zany hit "I Useta Lover" or the recent sneak Irish radio chart-topper, "Red Cortina A Cappella." But it belies a more reflective side with deep roots, a side sometimes forgotten even by the group's biggest fans.

"That one-sided perception of the band haunts us, even in our hometown here in Western Ireland," chuckles Saw Doctors singer and guitarist Leo Moran. "A few months ago, in a pub here, I sang one of my favorite songs, 'Same Oul Town', the title track of our third album.  It's about a small town in winter, where everyone knows everyone else's business. Another local singer, who has known us forever, came up and told me, 'That's a lovely song; you should record that!'"

Bittersweet portraits of everyday people and the landscape that surrounds them are what the band does best. The Saw Doctors have a Springsteen-like ability to get at the poignant perspectives of ordinary folks: the lovesick pub regular, the guys on the corner, the wise old woman who greeted all comers with a slice of bread and butter.

This ability flows from the roving group's strong ties to Tuam-and to the lives and stories of the people in it. It's a town of wits and eccentrics, folks like cartoon artist Squigley McHugh, who humorously sketched 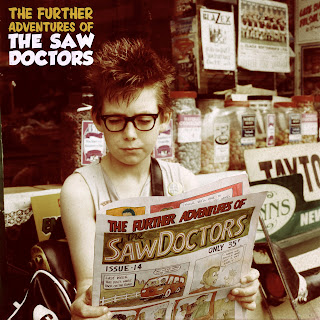 the Saw Doctors as superheroes for their stage backdrop. Tuam is known for its gregarious, sometimes overly curious conversationalists. It's a place where people still pop down to the pub in the afternoon, looking for a pint and a good gossip.

But don't be surprised if you can't make out a word: Tuam, explains Moran, has its own secret code, a slang and a love of peculiar turns of phrase incomprehensible to outsiders. "In Tuam, there's a great interest in language and words. A lot of the Travellers, itinerant Irish traders and tin-smiths, settled around Tuam and had their own language they used while trading. We've adopted it as core citizens of the town."

Tuam's citizens relish slang and constantly invent new words. Expressions like "Well-Byes," the greeting of choice among young guys in jogging suits, speak volumes: "you know where you are and you're from Tuam," Moran says. Soccer players use local slang when playing against other towns to keep their next moves under wraps (as the band recounts in "All the Way from Tuam").

Yet words, like the band itself, have a far more winsome side, connecting people with their history and the land. In "Friday Town," the Anglicized place-names in the chorus hint at a lost Irish past, as Moran sings of people long gone, either overseas to America or to their graves. "When you study the names in Irish, they carry meanings, some feature in the landscape or the memory of something that happened there," Moran notes. "But all these lovely meanings have been lost. We're trying to celebrate them, as well as the people who left forever for the States, on an epic, courageous journey." 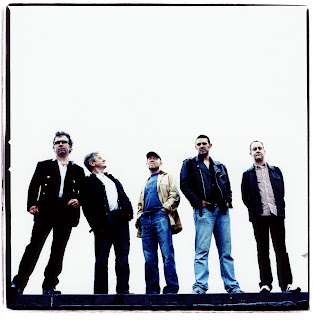 More introspective moments still ring with bright guitars, catchy melodies, and upbeat energy, which make The Saw Doctors shows fun, even at their deepest. Sometimes when playing live around Ireland, the exuberant singing from the audience has nearly drowned out the band. The group loves to drop their vocals out altogether, providing only instrumental accompaniment for the chorus of enthusiastic fans, who seem to know every song by heart.

The down-to-earth feel-and the Tuam wit-have universal appeal. "People sometimes say that a song about Tuam or Galway or Ireland won't matter to people abroad. That's like telling Bruce Springsteen that he is wasting his time writing about the Jersey Shore," Moran reflects. "Songs are about sharing feelings and emotions and ideas. If you have ideas and emotions that people can relate to, then it works no matter where you play."

Photos of the band by Steve Gullick