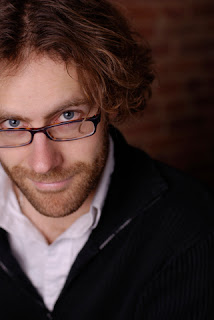 At first blush, Jon Davis’ soft, gentle and most intimate vocals recall those of Nick Drake, his sombre soundscapes moving deeply personal lyrics into a very private place. From the Davis' darkness, however, comes the promise of light.

His debut – Golden Hue – reveals an artist who enjoys giving the listener’s emotions a bit of a workout as it also provides a showcase to underline his abilities on piano, guitar as well as his skills as an arranger. The star of this show is, however, his fragile, weathered vocals.  Davis’ debut deserves immediate attention – not so much to serve as company for those dark and dreary days, as it is an invaluable soundtrack for emerging on the other side.

Curiously upbeat, amid his choice of colours and hues, Jon Davis shines a bright light where we need it most. And, like the promise his songs are capable of delivering, his performances at Winterfolk will be truly inspiring!