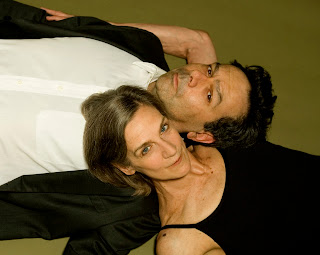 Toronto, February 9, 2010, 2011 - Peggy Baker Dance Projects, in association with Necessary Angel, presents the world premiere of Are You Okay, a theatre/dance piece created and performed by acclaimed dancer and choreographer Peggy Baker and award-winning playwright and actor Michael Healey, directed by Necessary Angel Artistic Director Daniel Brooks. Are You Okay previews from March 1, opens March 4 and runs to March 13 at Factory Studio Theatre.

Peggy Baker is one of Canada's most outstanding and influential dance artists. A founding member of Dancemakers (Toronto / 1974), she toured internationally with Lar Lubovitch, Mikhail Baryshnikov and Mark Morris before debuting as a soloist in 1990. Appointed Artist-in-Residence at Canada's National Ballet School in 1992, Baker is the recipient of three Dora Mavor Moore Awards. She is a member of the Order of Ontario and the Order of Canada, and is the recipient of the 2009 Governor General's Performing Arts Award for lifetime achievement in dance.  She recently was awarded the 2010 Walter Carsen Prize for Excellence in the Performing Arts. 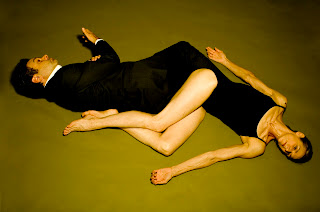 Daniel Brooks has been a central figure in Canadian theatre for over 20 years.  He is currently the Artistic Director of Necessary Angel, and recently received the first Baillie fellowship at Soulpepper Theatre. He has won many awards, including being the first recipient of the prestigious Elinore and Lou Siminovitch Prize in Theatre for directing. His work has traveled across Canada and around the world.

Images of Michael Healey and Peggy Baker by John Lauener