Spring at the royal conservatory

One of the most anticipated events all season at The Royal Conservatory is the annual staged opera with orchestral accompaniment. As last year, this event is once again being mounted at Koerner Hall on March 23 and 25, as The Glenn Gould School opera program presents two humorous one-act operas: Georges Bizet’s Le docteur Miracle and Maurice Ravel’s L’heure espagnole. Conducted by Uri Mayer and directed by Brent Krysa, with sets and costumes designed by Michael Gianfrancesco and lights by Kimberly Purtell, the event features the talented singers of The School’s vocal program. 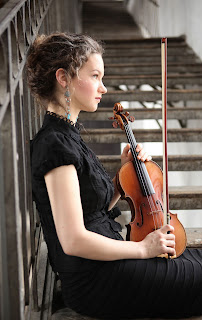 Gramophone magazine’s 2008 Artist of the Year, violinist Hilary Hahn is a two time Grammy Award-winning soloist celebrated for her probing interpretations, technical brilliance, and compelling stage presence. In her Koerner Hall debut on March 1, she is accompanied by Russian pianist Valentina Lisitsa, playing works by Kreisler (Variations on a Theme by Corelli), Beethoven (Violin Sonata No. 5 in F Major, Op. 24 “Spring”), Ives (Violin Sonata No. 4, S.63 “Children’s Day At the Camp Meeting”), Bach (Sonata No.1 for Solo Violin in G Minor, BWV 1001), and Antheil (Violin Sonata No.1, W. 130). (Image by Peter Miller)

Two distinguished European ensembles appear in Koerner Hall on consecutive nights in March: Scharoun Ensemble of the Berlin Philharmonic on March 11 (presented in association with the Goethe-Institut Toronto) and The King’s Singers on March 12. In their Canadian debut the Scharoun Ensemble, comprised of woodwind and string members of the incomparable Berlin Philharmonic, presents Mozart’s Clarinet Quintet in A Major, K.581 “Stadler,” Dvoøák’s Czech Suite in D Major, Op. 39, and Beethoven’s Septet in E-flat Major for Strings and Winds, Op. 20. The Ensemble’s clarinetist, Alexander Bader, leads a master class on March 11, prior to the Ensemble’s concert that evening. 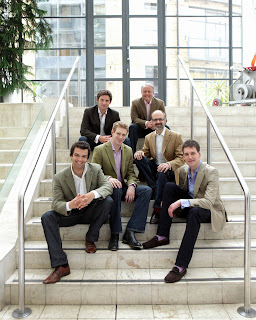 Described by Gramophone as “enchanting the ear from first to last note,” The King’s Singers have been one of the most sought-after and critically acclaimed vocal ensembles in the world since their inception at King’s College, Cambridge, over 40 years ago. Internationally recognized for their work in early music, they perform a rich and varied repertoire, including John Bennet’s All Creatures Now Are Merry Minded, Thomas Tomkins’s The Fauns and Satyrs Tripping, Palestrina’s Quando dal terzo cielo, Alessandro Striggio’s Eran ninfe e pastori, Saint-Saëns’s Saltarelle, Op. 74, and the Canadian premiere of Gabriela Lena Frank’s Tres mitos de mi tierra. Both concerts are followed by postlude performances in the Leslie and Anna Dan Gallerias.

The Aspects of Oscar series has been enormously successful, with sold out houses evening after evening. Oscar Peterson’s social and civil rights works, such as Hymn to Freedom, are explored in the penultimate concert, Oscar Swings on March 5, featuring The Monty Alexander Trio with special guests Russell Malone on guitar and Houston Person on tenor sax. The audience is also invited to a postlude concert, as well as an entertaining and enlightening artist chat between Mervon Mehta, Executive Director, RCM Performing Arts, and the evening’s musicians. 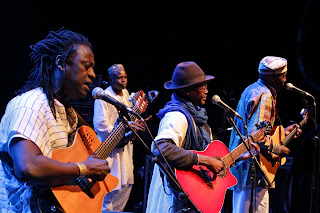 Guitar aficionados are treated to two evenings of guitar mastery this spring. Presented in partnership with Small World Music, an exhilarating musical journey through the richness of African guitar traditions, care of Habib Koité, Oliver Mtukudzi, and Afel Bocoum, comes to Koerner Hall on March 6, in a concert titled Acoustic Africa. The three musicians are legends not only in their native countries of Mali and Zimbabwe, but all over the world, for their melodic guitar playing and an artful blending of pop, South African mbaqanga, jit (the energetic Zimbabwean pop style), and traditional kateke drumming. 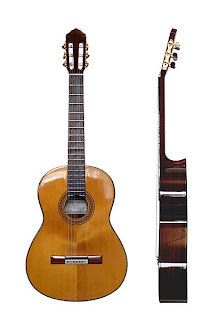 On March 27, international ambassador of the classical guitar John Williams is presented in association with the Toronto Guitar Society. The Grammy Award-winning artist is best known as a classical guitarist who has also collaborated with such greats as Pete Townshend of The Who, and his guitar version of Cavatina became a worldwide hit single when it was used as the theme music in the Oscar-winning movie, The Deer Hunter. His program includes works by Heitor Villa-Lobos, Juan Leovigildo Brouwer Mezquida, Francis Bebey, and Agustín Barrios Mangoré. Once again, both mainstage concerts are followed by postlude concerts in the lobby. (Image of classical guitar by Martin Möller 2006)