Sara Banleigh Brings Folk Back to its Dark Roots

Stories of Love and Murder: Sara Banleigh Brings Folk Back to its Dark Roots 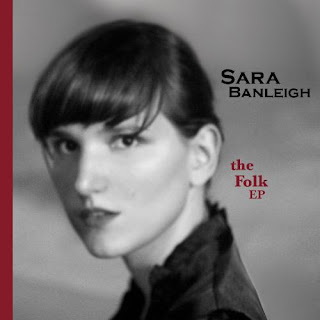 , marking a unique and exciting addition to the world’s folk catalogue. Sara's riveting piano-based arrangements of traditional folk tunes from Ireland and the British Isles offer a rare and fascinating take on this beloved, age-old music, which has until now primarily been recorded on guitar and other stringed instruments. With intricate piano orchestration, compelling vocals, and a handful of other acoustic instruments, The Folk EP offers a fresh and spellbinding journey through this ancient genre of music.

The rich and captivating album offers Sara’s interpretation of 5 traditional English, Scottish, and Irish folk songs, each of them several hundred years old. The songs, which have survived through oral tradition in Northern Europe and in the United States, where they came over with English and Irish settlers, are centered around the most powerful and elemental themes of the human experience:  love, despair, beauty, longing, death, and betrayal.

The Folk EP was recorded over two intensive days at Parkwest Studios in Brooklyn, NY, not very far from where the Brooklyn-born singer grew up. Sara’s conception of an album of traditional folk music supported by piano-based arrangements led her to Parkwest, where studio owner and engineer Jim Clouse maintains an excellent 20’ Kawai grand piano. “When I conceived of the idea for the album, I knew that I would have to spend some time really looking into which studios in NYC had the best piano for the project,” says Sara. “I wanted the piano to have as much of a singular voice on the album as I did, so it was important for me to find an instrument that sounded like it had some good stories to tell.”

Regarding her insistence on using a real piano for the project, Sara remarks, “I knew from the beginning that I wanted an all-acoustic album, so digital keyboards with all their fancy plug-ins were out. Many studios I contacted were like, ‘What’s the problem? Our plug-ins sound just like a real grand.’ Well, these are 500-year-old folk songs, and there was just no way I was going to lay down the piano arrangements on a digital controller. Blasphemy!” Sara continues, “When I played the grand at Jim’s studio, I knew this was the one that would help me tell the stories of the songs. It had just the right balance of bright and rich tones, and a nice heavy middle and bass.”

The mesmerizing album begins with the track “Railroad Boy,” an old English tune about unrequited love that is also sung in Ireland and the United States under various titles. Sara’s version beings with a haunting a cappella introduction that lays down the story of a young woman who loses her maidenhood to a young man - a ‘railroad boy’ - who has convincingly courted her. As the song progresses and piano and violin join the storytelling, we learn that her one true love has betrayed her, and her profound heartbreak leads her to take her own life, her parting words a warning to the world of love’s desolating power. 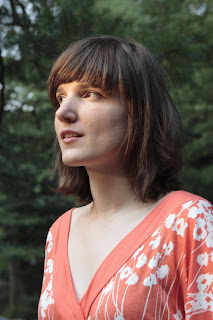 The album’s storytelling continues through themes of true love, murder, and death, with “Mary Hamilton” and “Geordie,” two fascinating semi-historical Scottish and English ballads, respectively, in which each title character gets a public hanging in the town square for committing a capital crime. Both songs have a long history not only in the British Isles, but also in the United States, where they have been sung by the Appalachian descendants of Scottish and English settlers for centuries. The Folk EP honors both the British origin and the American adaption of these songs by keeping the lyrics and melodic forms true to their roots, while infusing the musical delivery with a bit of country grease and swagger.

On her interpretation of the songs, Sara says, “Overall, I was intent on staying away from the extreme ‘prettiness’ that can sometimes characterize professional recordings of traditional British and Irish folk music. Because the melodies and chord progressions themselves are inherently so beautiful, there are many artists who play to the beauty of the tunes, while ignoring the feelings of pain, betrayal, madness, and vengeance that underly the songs. If you really stop and listen to these lyrics that have been passed down through centuries of oral tradition, it's some pretty ghastly stuff. I tried to make both the beauty and the pain of the material evident and accessible for the listener.” Sara encapsulates the result of her efforts: “There is still some sweetness and loveliness in there, but overall, it's a very dark and haunting album, with a little bit of grit.”

Elaborating on the feel of The Folk EP, Sara says: “My musicians knew that I was really going for something that would be a bit dirtier, and, above all, raw, and I think the unique characteristics, and training, of everyone on the album really brought that out. The album was very minimal in instrumentation, and each of us added our own unique style to the songs. Harrison Hollingsworth, a down-home fiddler from Texas with an elegant classical touch brought out both the beauty and the gritty back-wood country tones of his violin, while Greg Remigio, a rock-oriented guitarist, added that bit of strut and boldness to the two pieces he's on; and Patrick Dunn’s viola provided a kind of ghostly, haunting undergirding for ‘Geordie,’ which proved perfect for the piece.

The Folk EP also includes Sara’s arrangement of the folk anthem “All My Trials,” a song of uncertain origin said to have passed between the United States and the British colony of the Bahamas, traveling with the English and Scottish settlers and their slaves. Sara’s use of the introduction of Bach’s Prelude No.1 in C Major in her arrangement of “All My Trials” is an unexpected addition to the song and brings out the main melody’s stirring sadness while also evoking the song’s message of poignant triumph and salvation. The album is rounded out by “Fhear A Bhata” (The Boatman), an Irish tune about lost love, which Sara sings in a bare and riveting a cappella, mirroring the naked introduction to the EP’s first track, and so, bringing the listener full circle.

Although Sara has worked with different artists and styles, from indie pop to electronica, both on stage and in the studio, she has decided to make her debut EP a collection of melodic, highly narrative British and Irish folk tunes because these are the songs that lived most strongly in her heart. Regarding her clean, straightforward name for the album, Sara says the following: “I decided to call the album ‘The Folk EP’ because I know that I will go on to other genres and projects in my career, but I am so proud and so settled in myself to make my debut as an artist with a folk album such as this. I find the traditional music of Ireland and the British Isles to be among the most beautiful, haunting, and magical in the world, and the darkness and light in the material has helped me mature as a singer and artist - it's given me a way to anchor my soul while the world shook around me, and I am thankful to the songs for this. They suffered for me, so I didn't have to as much. No matter what I do, I'll always come back to British folk - and it's American offspring, the American folk tradition and good ol' country music  - because I connect with it so deeply and I view it to be truly complete music. Lyrically, musically, vocally, emotionally, and rhythmically, this music lacks nothing, and has everything to give.”