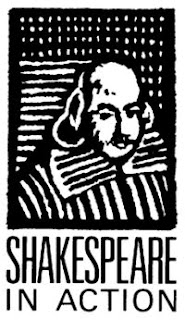 Artistic Director Michael Kelly founded Shakespeare in Action over 23 years ago to make Shakespeare accessible to young people, and the Lab is the next step forward. In development for over five years, the Virtual Lab is being offered to teachers, their students and the general public for free by the not-for-profit, professional theatre company. Over 130 teachers and students across the country have already signed up, with users registered in Edmonton, Saskatoon, Regina, Halifax and all over Ontario.

The Virtual Lab site includes instructional videos with first-rate actors, lesson plans and innovative new activities such as Shakespeare Karaoke to get students 'hooked on Shakespeare.'

The Virtual Lab is part of a broader strategy to make Shakespeare accessible for youth across Canada. The site is being launched in concert with The National Shakespeare Youth Festival, a landmark new program that fosters artistry, innovation and the leaders of tomorrow. Through the festival, students from across Canada perform, act, dance and design their favourite Shakespeare plays, under the mentorship of professional actors. The Lab makes it possible for them to connect with their mentors and with one another, making it easier for students across the country to participate, particularly those in regional or rural communities.

"Our programs help teachers in the classroom as well as make Shakespeare more resonant for youth," says Michael Kelly. "Many teachers struggle when it comes to teaching Shakespeare to a generation of young people who feel the plays have little relevance to them. With just a click, English, Drama or ESL teachers can access loads of features from the Virtual Lab to help their students understand the power and beauty of Shakespeare's words; and on top of that, it's fun!"

"We're embracing new technology," he continues. "The Virtual Lab means kids of all ages, as well as the general public, can access Shakespeare's plays and stories from their cell phones, mobile devices, their computers at home or in the classroom. This is the only resource of its kind in the world that we know of, and it can change the way Shakespeare is taught in schools." 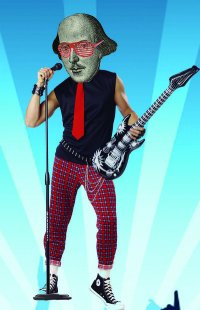 Shakespeare in Action is committed to the task of making Shakespeare accessible and fun for students. The company is changing the way Shakespeare is taught in schools with the launch of the Virtual Lab, awakening a passion for Shakespeare in students and audiences of all ages.