Soulpepper's The Fantasticks in Previews February 8 2011 in Toronto

on February 03, 2011
For Immediate Release
Soulpepper presents The Fantasticks
directed by Joseph Ziegler

Toronto, ON –  Albert Schultz, Founding Artistic Director of Soulpepper Theatre Company, announced that the company’s production of The Fantasticks, part of the Soulpepper Family Series, will preview on February 8, 2011 at the Young Centre for the Performing Arts. 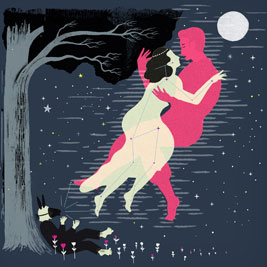 The Fantasticks, besides boasting an uninterrupted run of 17,162 performances Off-Broadway from May 1960 to January 2002, is an uplifting, touching and hilarious love story about forbidden love between the children of feuding neighbours with a delightful twist: in order to fall in love, one must first be torn apart.

Soulpepper Founding Member Joseph Zeigler follows up his critically acclaimed turn as Willy Loman in Death of a Salesman and Ebenezer Scrooge in A Christmas Carol by directing The Fantasticks. The Fantasticks will be choreographed by Tim French with Musical Direction by Paul Sportelli. The stellar cast includes Albert Schultz as El Gallo, Krystin Pellerin and Jeff Lillico as the two young lovers, Founding members William Webster and Michael Hanrahan as the fathers, Derek Boyes as the mute and Oliver Dennis & Michael Simpson as the actors.