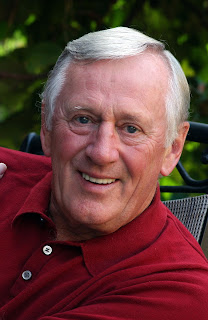 One of the theatre world's most beloved talents and Broadway's original Sweeney Todd, Len Cariou is a member of the Theater Hall of Fame, a pre-eminent interpreter of the music of Stephen Sondheim,  a Tony Award winner and Emmy nominee, a Canadian, and a Royal Conservatory alumnus.

Mr. Cariou has won numerous awards for his Broadway performances in Applause, A Little Night Music, Sweeney Todd, and more. On television in Canada's #1 show Blue Bloods, and has appeared in Damages, Murder, She Wrote, CSI, Law & Order, The Outer Limits, The Practice, The West Wing, and many television films including Into the Storm, for which he earned an Emmy nomination. He also has numerous feature film credits including One Man, for which he received a Genie Award, The Four Seasons, Executive Decision, About Schmidt, and Flags of Our Fathers, among others.

For this special Valentine's Day performance, Mr. Cariou will be joined by David Warrack at the piano. Do not miss this unique opportunity to see the stage and screen legend Len Cariou sing Broadway favourites in a very intimate theatre!

Here's Len in his role as Broadways' original Sweeney Todd

Mazzoleni Concert Hall in historic Ihnatowycz Hall is a beautiful small venue; a limited number of seats are available.