on February 04, 2011
From a media release - a rare chance to see dance legend James Kudelka perform along with his choreography - note that he performs on February 10 only: 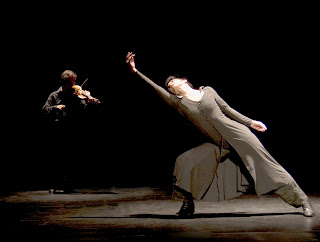 Toronto - Coleman Lemieux & Compagnie (CLC) is pleased to announce that the acclaimed James Kudelka will perform the world premiere of his solo SEE #6 on the opening night of AllOneWord, a new evening of six dance works all choreographed by Kudelka, running February 10-12 at Harbourfront Centre's Enwave Theatre.

AllOneWord's six works - 3 of them world premieres - are from Kudelka's "SEE Series," a series of choreographies with no thematic movement connecting the work; but all are set to, and inspired by, Heinrich Ignaz Franz von Biber's Guardian Angel Sonata. Notes Kudelka: "Like a painter producing the same still life everyday as an exercise in technique and vision, the creation of a dance to the same piece of music is an exercise in reflex and reflection."

• If you're not familiar with the music, (and I wasn't either,) here's a link to check out.

In AllOneWord, each of the six works will have a different musical arrangement of Biber's beautiful Sonata for unaccompanied violin, directed and conceived by renowned composer and media artist John Oswald. 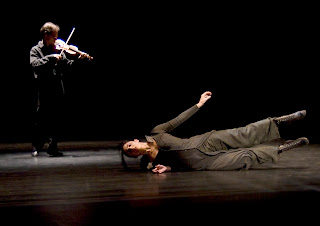 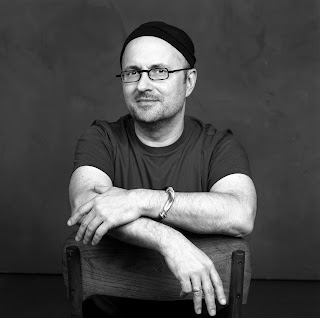 James Kudelka is widely acknowledged as one of North America's most innovative choreographers. His mastery of both classical ballet and modern/contemporary dance has earned him commissions from companies as stylistically diverse as American Ballet Theatre, Chicago's Hubbard Street Dance and Les Ballets Jazz de Montréal. Kudelka's work covers an impressive range, from virtuoso pas de deux, through large-scale and always arresting adaptations of such classics as Swan Lake, The Nutcracker and Cinderella, to boldly innovative creative collaborations with dancers, designers and musicians. After nine distinguished years as artistic director of the National Ballet of Canada (1996-2005), James Kudelka continues to undertake collaborative projects that engage and challenge him as a choreographer. In 2008, Kudelka became CLC's Resident Choreographer.

Founded in Quebec in 2000, by individually renowned dancers/choreographers (and husband and wife) Bill Coleman and Laurence Lemieux, Coleman Lemieux & Compagnie (CLC) - now based in Toronto - has distinguished itself by its innovative, unbridled vision and by an artistic range that encompasses intimate, emotionally honest productions and spectacular stage shows featuring some of Canada's greatest dancers, as well as large-scale, almost legendary site-specific events. Lemieux and Coleman continue in their outreach efforts to revitalize the place of dance and art in our society. CLC has been the subject of seven films and CLC's reconstruction of Kudelka's masterwork, Fifteen Heterosexual Duets, was documented in a book initiated by Lemieux and published by Dance Collection Danse Press/es in 2006.

CLC, who have just returned from a two-week run at Place Des Arts in Montreal, work out of their newly-renovated building, The Citadel, in Regent Park.