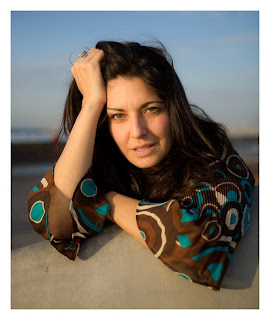 Developed by Tracey Erin Smith at Ryerson University's ACT II Studio, Soul-O Theatre is an innovative, interactive program designed to help people create - write, direct and star - in their own one-person show by transforming raw material from their life-stories into creative solo performances. Smith's process turns personal experience into compelling and entertaining theatre, with no prior acting experience necessary.

Participants take part in writing and theatre exercises to explore their lives, gaining insight into their trials and triumphs, as well as their wisdom earned; and share a ten-minute performance with an audience of friends and family at the end of the course. Some graduates take the class again and again because they discover there is no end to the stories they have within them. And some graduates have gone on to perform full-length solo shows.

"Soul-O Theatre courses are very creative, empowering and super fun," says Smith. "Participants share their stories, and hear the stories of others. In so doing, they bond in a deep way. Sharing these sometimes-hilarious, sometimes-heart-breaking - but always powerful - Soul-O presentations at the end of the course with a larger community highlights the inherent worth and dignity of each person's individual life story and the 'Hero's Journey' each one of us has lived so far," she concludes.

Soul-O Theatre has been adapted and taught by Smith in a variety of settings to students from 18 to 80 - to people living with cancer, to seniors in community living facilities, to professional actors at Toronto's famed The Second City, and more.

These two new courses follow Smith's return to Canada after conducting an intensive Soul-O course in Israel for Tel Aviv's world-renowned Dream Doctors - a group of medical clowns that aid in the treatment of gravely ill children of all ethnic and religious backgrounds. This winter/spring, Smith works with the First Unitarian Congregation of Toronto and Miles Nadal Jewish Community Centre. Anyone is free to enroll in these courses.

"By inviting people to examine their lives through the prism of drama, Tracey is helping us to look deeply at some aspect of our life's story to find enduring wisdom," says Rev. Shawn Newton of the First Unitarian Congregation of Toronto.

"There are many rich and diverse stories that come from our membership and immediate community," says Esther Arbeib, Film and Theatre Program Coordinator at the Miles Nadal JCC. "We are happy to offer our guests and members this chance to learn how to capture their stories, and to perform them as unique one-person presentations." 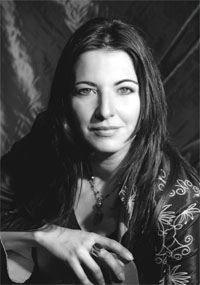 Tracey Erin Smith is the founder and creator of Soul-O Theatre®. She is the author of Soul-O-Theatre: Putting Your Life Story on Stage. She is also an award-winning solo performer and playwright who performed her hit one-woman show The Burning Bush! Off-Off Broadway in New York City and in Toronto, Vancouver, Edmonton and Halifax. The play was selected as Best of the Toronto Fringe Festival and won an Audience Choice Award at New York City's Frigid Festival. She was nominated for a Jessie Richardson Award for her performance in the world premiere of The One That Got Away at Vancouver's Chutzpah! Festival. Smith is a popular instructor at Ryerson University's Act II Studio and has taught improvisation and solo show creation at Toronto's famed improvisation and comedy club The Second City. She is a frequent Artist-in-Residence at creative and spiritual retreats in Canada and the U.S. and has been selected to be an Artist Educator Delegate in Canadian Stage's Artist Educator Training Initiative in February, 2011.