on February 12, 2011
From a media release - I'll have more about one of the artists playing in the festival in another post:

The NINTH ANNUAL WINTERFOLK FESTIVAL is gearing up to knock your socks off with “BIG BANDS FOR YOUR BUCK”. Featured at this single Saturday night ticketed event will be four fabulous big bands, (complete with horn sections) that are making big waves on the music scene today. On the bill is country crooner JACK MARKS & THE LOST WAGES, purveyors of fresh new Canadiana THE WARPED 45S, Parkdale street-folk punks FREEMAN DRE & THE KITCHEN PARTY and 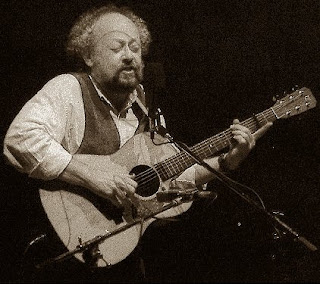 Winterfolk Festival IX will once again feature fresh faces and seasoned artists alike. And where else are you going to hear so much Canadian talent all in one weekend and in one area of downtown Toronto? It’s a coming together of some of the finest musicians around. Many award-winners and new rising stars can be found at the festival. 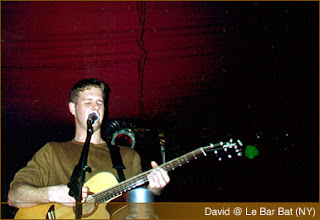 After another extensive search for new talent through auditions held in several Ontario cities, the Winterfolk festival – which runs from February 18-21, 2011 – will also be presenting the winners of that process as part of a total 150 artists (including community stages) performing this year. The fest is thrilled to present such artists as hot jazz veteran BIG RUDE JAKE, vintage swing “gets yer toes tappin’” duo HOTCHA!, indie darlings THE DONEFORS, sultry Latin temptress LAURA FERNANDEZ and sublime singer-songwriter NOAH ZACHARIN. But also watch out for newcomers the quirky and engaging BETTY SUPPLE, klezmer trio THE HORABLES, (gotta love that name), brilliant bluegrass/old-time duo THE SATURDAY SAINTS and a hauntingly harmonious girl-duo THE BLACKEST CROW among others.

JACK MARKS & THE LOST WAGES
• Nominated for a CFMA award in 2010 in the emerging artist category.
• Touring Holland and Germany in January 2011.
On the heels of a 2010 CFMA nomination and the release of his second full length album titled ”Lost Wages”, artist Jack Marks is emerging as one of the most important writers on the Toronto scene today. With plans to tour Germany and Holland in January 2011 and to begin his third album in three years in March, Marks is known in Toronto as a ”songwriters songwriter” and the rest of the country is beginning to catch on.

THE WARPED 45S
• ”Winners of the 2009 Rogers Fan Choice Award at North By North East”
First cousins Ryan Wayne McEathron and Dave McEathron grew up together in small town Ontario and in 2007 formed their first band together – The Warped 45s. The new five piece roots rock / alt country band quickly developed a layered but warmly accessible sound, with multiple voices, harmonies, and diverse instrumentation. In June 2009, the band won the NXNE Roger’s Fan Choice award, toured the east coast of Canada, and signed with indie label Pheromone Recordings for a September 1 release of the new album titled 10 Day Poem for Saskatchewan, distributed in Canada by Fontana North. receiving extensive airplay and rave reviews all across the country, they continue touring and are already started on a new album.

. They take their name from the great and timeless East Coast tradition of friends and neighbours gathering together in the kitchen for an evening of laughter, drinks and music. But despite the casual atmosphere in which they create their songs, make no mistake; onstage, The Kitchen Party is tighter than a three-day drunk! The soul of this music comes from Freeman Dre’s apartment in the heart of one of Toronto’s most creatively fertile neighbourhoods, Parkdale. It’s a place where friends hang out in the kitchen most every night, where a raccoon recently tried to give birth in Dre’s vinyl collection, where Hank the cat comes to chill out from life in the mean streets and alleys, and where a lot of music gets made.

THE MINOTAURS
• “Its bumpy afrobeat rhythms are built to make us move. Minotaurs is a big shaggy dance band that often diverges from a charted route into a delta of melodic possibilities.” The Globe and Mail
This 10-piece band has been called Afro-beat soul pop maestros by Exclaim and they definitely fit the bill. With skillfully blended grooves taken from African and Jamaican music, plus pop sensibilities, they offer up a unique sound complete with horn section, dynamic vocals from Nathan lawr soaring over delectable guitar, drums. keys. A party in a bag.

Images:
• David Essig
• David Hein
both featured in the festival of course