on February 19, 2011
From a media release - this music is haunting and extraordinarily beautiful:

Yemen Blues, Spring 2011 Tour Moments of Deep Desert Soul:
The Invocations of Yemen Blues on North American Debut Tour
February 24 in Vancouver, the 26th in Toronto, then Chicago, NYC, LA & other dates throughout the U.S. from February 27 to March 10, 2011

"Yemen Blues is THE discovery of the year" (WDR Funkhaus Europa, Germany) 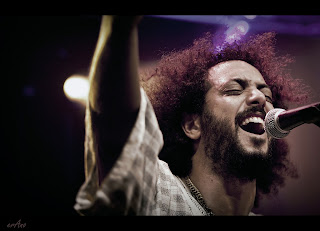 North America will get its first real taste of the ensemble, powered by lead singer Ravid Kalahani's distinctive charisma, on tour this February and March, as Yemen Blues makes its debut in cities across the continent. Led by musical director and seasoned jazz bassist Omer Avital, the group conjures a world where Arabic and Jewish, African and Middle Eastern, blues and funk all interweave with a depth of a feeling that has sent Moroccan émigrés in Marseilles into ululations and wowed seasoned music professionals at WOMEX.

Kalahani is all about creating what he calls "moments of soul" for audiences, swooping from clear falsetto into a gravelly baritone, switching from Yemenite Arabic to Hebrew to Haitian Creole. Growing up singing Yemenite chants at synagogue, the young Kalahani would make up songs in invented languages 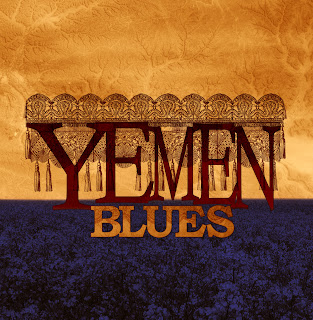 and sing them as he walked down the street (a technique he returns to on the rumbling, grooving "Wamid").

Kalahani left home as a young teen and discovered a world of other sounds: soul, blues, West African pop. He spent hours alone listening to music. He absorbed everything he could, finding a resonance in Delta blues voices that reminded him of his own Yemenite heritage. He considered acting, playing trumpet, studying dance.

But singing called. Kalahani found himself performing one evening as part of a modern dance piece. "I was standing there in front of a thousand people and singing in this very high falsetto," Kalahani recalls. "I was in ecstasy. My body felt like it was burning. I decided then and there that this is what I wanted to do with my life."

This ecstasy and what Kalahani calls "a deep place of singing" was tangible to Avital, who couldn't believe his ears when someone played him a recording of Kalahani: "The singer sounded like a super authentic Arabic African singer," recounts Avital. "It was so strong and surprising to hear someone from my generation and background sound so good and authentic and strong. Ravid has the power of traditional Yemenite Jewish music." 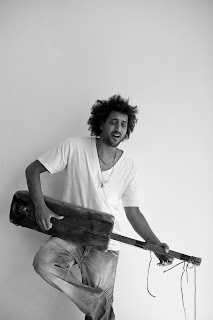 Together, Avital and Kalahani worked to find fitting arrangements for Kalahani's original songs. Avital's appreciation for jazz masters like Ellington and Mingus mingled with his understanding of Arabic maqamat, the complex system of modes and melodies he was learning to explore as he studied the oud (Arabic lute). Avital's own musical journey back to his North African and Yemenite Jewish roots paralleled Kalahani's.

"I didn't want to see this amazing material go to waste," Avital notes. "It would have been so easy to ruin it. But we fit, coming from Yemenite tradition, but both with strong blues and African connections. Our musical searches met." So Avital shied away from typical pop approaches: He arranged pieces in the common Yemenite dance meter of 7/4. He avoided the common rendering Arabic modes as either major or minor.

This presented welcome challenges to the group of friends, all top musicians, Avital and Kalahani began to gather for regular jams. Jazz flute player Hadar Noiberg spent months perfecting her intonation, getting just the right feel for the quartertones. Hilla Epstain (cello) and Galia Hai (viola) leaped into the role of rhythm section, powering the songs forward as Avital jumped on the oud. Along with Middle Eastern percussion specialist Yohai Cohen, percussionist Rony Iwryn brought his sixth sense for percussion, honed during a stint in Yemenite Israeli pop star Ofra Haza's band, rattling keys and thrumming out gorgeous beats on olive tins.

"We didn't want any guitars or keyboards, because this isn't really a pop or a world music thing," explains Avital. "We just keep to African rhythms, Eastern sounds, and jazz in the horn section"-which includes trombonist Avi Lebovich (who's played with everyone from Chick Corea to Bootsy Collins) and trumpet player Itamar Borochov. "We keep it raw and that's what makes it interesting. It's a shifting family of voices, not just a sound."

For Kalahani, it's not just music, either: it's a deep invocation. Kalahani sings about his love for the desert, about the unity of language and experience, about gratitude for life's gifts. Songs like "Baraca" and "Min Kalbi" exclaim, "Your language is my language," Kalahani says. "It doesn't matter to which god you pray, so long as the melody comes from heart. This is exactly what I want to sing all the time, what I want to give people when I sing."

Kalahani's voice, backed by Yemen Blues's musical prowess, can indeed leap boundaries of language and religion. At a recent show in Marseilles, France, "there were Muslims and Christians and people of all kinds dancing. The Muslims loved it, and there was something connecting us and reminding them of home," Kalahani reflects. "I want people to enjoy the groove and melodies and be together, with all their different religious and political opinions, and to know there is a base connecting us all. That can change everything." 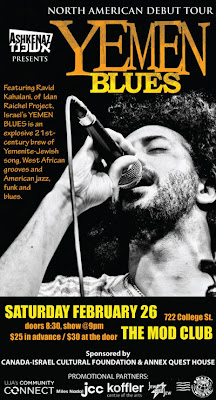