ABT II AND THE ROYAL BALLET SCHOOL
TO PERFORM AT THE AILEY CITIGROUP THEATER,
MARCH 4 AND 5, 2011

New York - ABT II and the graduate students of The Royal Ballet School (RBS) will perform a shared bill at The Ailey Citigroup Theater on Friday, March 4, and Saturday, March 5, 2011 at 7:30 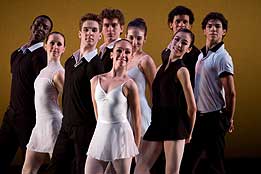 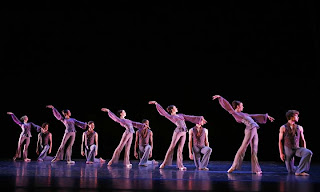 The shared performance is a part of a unique exchange, which began in 2003, between ABT II (formerly the ABT Studio Company) and The Royal Ballet School. Both companies will travel to each other's respective homes for performances, master classes and training sessions with senior coaching staff. The two companies last participated in this exchange in 2005. The exchange will culminate during the 2011-2012 school year with ABT II and RBS performing at The Royal Ballet School in London and at White Lodge, home of the RBS Lower School.

For more information on performances with The Royal Ballet School and ABT II, please call the ABT Education Department at 212-477-3030, ext. 3205.