Following in the footsteps of his musical mentor, Alpha Blondy, Tiken Jah Fakoly has established himself as one of the figureheads of the reggae scene in Africa. Fusing his infectious reggae beat with 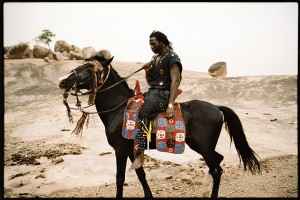 hard-hitting lyrics Fakoly has become a spokesperson for an entire generation of music fans, speaking out on political and social issues through his songs. His huge success in France, where he has sold over 100,000 albums has propelled him to currently be the best selling African Reggae artist.

African Revolution is a radical turning point in Tiken Jah Fakoly’s career. Tiken Jah Fakoly has always taken risks in challenging the Disinformation: standing out as the spokesman for millions of young African people, joining the lineage of Peter Tosh and Bob Marley, the voice for those without voices.

The new album African Revolution is exactly what it claims to be: African and revolutionary. Before anything else he is revolutionary in his method of work. A trip to Tuff Gong, Bob Marley’s studio in 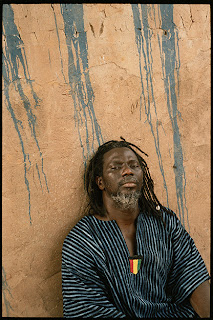 Kingston, was inevitable to place these three rhythmic sizes: Glen Browne (bass), Marc Dawson (drum kit) and Mickey Chung (guitar). Then there was Bamako. It is there, in his studio that Tiken concocted the music on the border of reggae and the mandingue blues.

The magic tones of ngoni, kora, soukou (violin with one chord) and balafon were familiar to us, but Tiken knew how to capture their soul. Five years of exile in Bamako enabled him to penetrate into the talented generation of the Griot sons, such as the player of ngoni Andra Kouyaté, who is growing very successful over there. These young wolves of the new tradition bring to Tiken’s music an unparalleled lyrical bitterness, and a subtle off-center shift in Jamaican rhythm.

African Revolution stands out as a milestone, not only for the artist, yet for all the reggae stages. A breath of fresh air, an example that will hand out the grain to grind an all-new generation

Above all this album transcends the genres and projects a new sound, anchored in the tradition and modern determination, so that Africa will never cease to charm and amaze us. 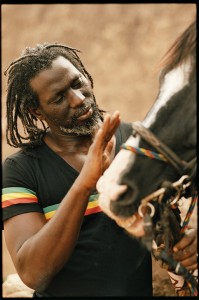