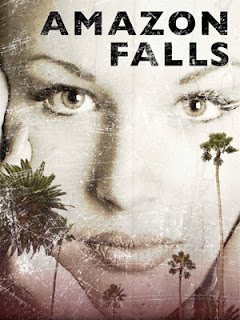 Vancouver, B.C.  - Award-winning director Katrin Bowen presents her first feature, Amazon Falls, at the Magic Carlton Cinema 9 in Toronto, Ontario for the week of March 18, 2011.  The film will subsequently screen at select cities across Canada ending in Vancouver at the Denman Cinemas for the week of April 15, 2011.

Amazon Falls had its festival premiere at the 2010 Toronto International Film Festival in September 2010 with three sold-out showings that generated a media buzz of 45 written articles, 8 radio interviews and 12 television interviews (http://amazonfalls.com/press).  Toronto's critical response to the film was overwhelmingly positive with Chris Alexander of Metro Canada stating, "a groovy, scrappy and unpretentious little Vancouver shot serio-comedy, Amazon Falls is the kind of offbeat, oddball low budget opus that gives Canadian film a good name.  And one TIFF capsule review stating, "It was real.  It was raw.  It was gritty.  That's something even this jaded cynic can respect."  The film came in Canada's top ten at the 2010 Vancouver International Film Festival. 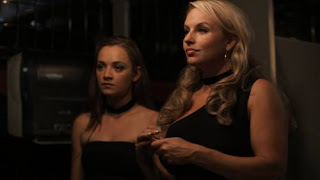 Director Co-producer Katrin Bowen was bestowed with the Women In Film & Television 16th Annual Artistic Achievement Award for her stunning vision and compelling direction.  Her previous award winning films include: Almost Forgot my Bones, Sandcastle, Financially Strapped and Someone.

Amazon Falls is the first feature film for Co-producer / Executive Producer Darren Reiter.  A business entrepreneur and music-licensing expert, the Vancouver-based filmmaker has collaborated with award-winning producers and directors.  Amazon Falls is represented in the domestic and worldwide markets by Sales Agent Craig Adlard of Final Cut Films.