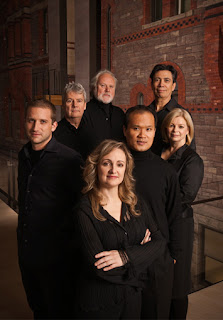 The ARC Ensemble, The Royal Conservatory's ensemble-in-residence, will be taking their highly successful Music in Exile series to Israel from March 3-14, 2011. Music in Exile is a series of concerts and events exploring the works of composers who fled Hitler’s Europe, as well as those who stayed behind and became “internal exiles.” The partnership with Tel Aviv University and the Mishkenot Sha'ananimin cultural centre in Jerusalem represents one of The Royal Conservatory’s largest cultural initiatives outside Canada.

“Presenting Music in Exile will have a special resonance in Israel,” says Simon Wynberg, Artistic Director of the ARC Ensemble. “While London, New York, and Los Angeles had drawn a great number of significant artists during the 1930s, Palestine offered exiles the autonomy to develop their own musical traditions.”

Highlights of Music in Exile include concerts by the ARC Ensemble at the Jerusalem Theatre and two venues in Tel Aviv: the Enav Cultural Center and the Buchmann-Mehta School of Music. The program includes works by Walter Braunfels, Mieczys³aw Weinberg, Paul Ben-Haim, and Erich Korngold. Additionally, the music of exiled composers will be explored in an international conference at Jerusalem’s Mishkenot Sha’ananim and a series of films at the Jerusalem Cinematheque. In collaboration with The Royal Conservatory, Tel Aviv University will host several events, including the landmark exhibition Banned by the Nazis: Degenerate Music, a critical reconstruction of the Nazis' propaganda exercise presented in Düsseldorf in 1938.

Following the series in Israel, the ARC Ensemble will perform at Amsterdam’s Concertgebouw on March 18 and 20. Upon their return to North America, they will perform with the Kalichstein-Laredo-Robinson Trio at The Royal Conservatory’s Koerner Hall on 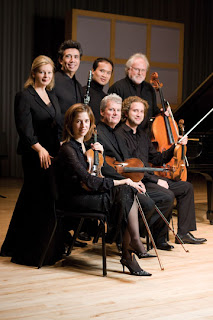 April 26. The Koerner Hall program will feature works by Erich Korngold, Robert Schumann, and Johannes Brahms.
The ARC Ensemble, acclaimed around the world for its impeccable musical performances and Grammy-nominated recordings, is the ensemble-in-residence of The Royal Conservatory. Composed of senior faculty members of The Conservatory’s Glenn Gould School with the participation of its most exceptional students and graduates, the ARC Ensemble introduces lost musical works, performs concerts worldwide, and broadcasts internationally on a regular basis. Their three albums, Two Roads to Exile, Right Through the Bone, and On the Threshold of Hope are available through Sony Classical.
arc ensemble chamber music classical music israeli tour music in exile royal conservatory toronto