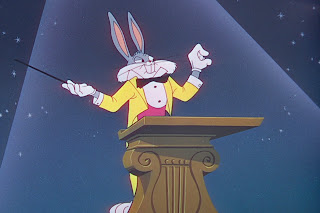 Bugs Bunny At The Symphony includes the show-stopping cartoons What’s Opera, Doc? and The Rabbit of Seville– two Looney Tunes classics that top virtually every published list of “The World’s Funniest Cartoons” anywhere – and Shake Your Powderpuff, the first-ever Looney Tune which parodied the symphony orchestra world and laid the ground work for decades of classical music spoofs to come. 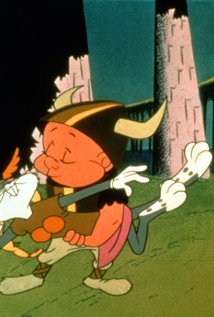 Celebrating two decades of Bugs Bunny on the concert stage, Bugs Bunny At The Symphony is the new sequel to the record-setting orchestra-and-film concert Bugs Bunny on Broadway that debuted in 1990 and reinvented a new genre of symphony orchestra concert.  Created and conducted by Emmy Award™ winner George Daugherty, and produced by Daugherty, David Ka Lik Wong, and IFX Productions, Bugs Bunny At The Symphony made its world premiere at the Sydney Opera House with the Sydney Symphony Orchestra in May 2010 followed by an Australian national tour and North American tour including performances at the Hollywood Bowl with the Los Angeles Philharmonic.

Bugs Bunny on Broadway first shot to fame in 1990 with its sold-out, extended Broadway run at the Gershwin Theatre. Since that Broadway debut, the concert has delighted an estimated two million people worldwide over the past two decades. Bugs Bunny On Broadway has sold-out the world's greatest concert venues and opera houses, including The Hollywood Bowl, The Sydney Opera House, Moscow’s Kremlin Palace, Chicago’s Orchestra Hall, Wolf Trap, London’s Royal Festival Hall, and The National Concert Hall of Ireland, performing with over 100 of the world’s greatest symphony orchestras. 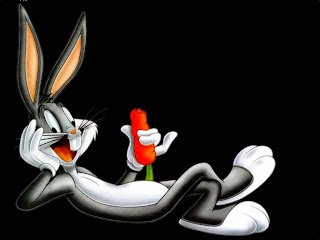 • The show's on tour through North America (and Kuala Lampour) all the rest of this year - check the link for one near you.