Vancouver’s Geoff Berner to make his Mint Records debut as he continues to expand his sound with his first release since completing the internationally celebrated “Whiskey Rabbi” trilogy.  Berner’s fifth full 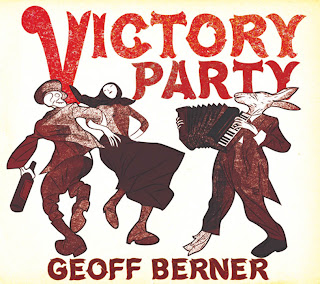 length studio album “Victory Party” is produced by mastermind, Josh Dolgen (Socalled) and will be released on March 8th, 2011 on Mint Records.

"I know this sounds extreme, but with producer Josh Dolgin's help, and Mint Records' backing, I was finally able to realize my potential in the medium of recorded music."

After completing his highly-acclaimed "Whiskey Rabbi" trilogy, it was time for Geoff Berner to move on.

"I wanted to make an album that sounded bigger, more "klezmer-ey", and more transgressive, all at the same time. And I knew I couldn't do it alone. In fact, I knew that I couldn't do it without Josh." 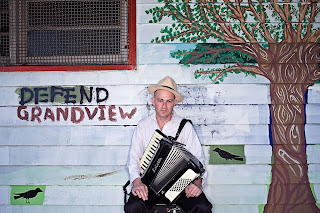 Josh Dolgin, aka Socalled, is an acknowledged genius of modern Jewish music. He is famous for his own albums, which fuse hip-hop and klezmer. A feature film about him, "The Socalled Movie", was released internationally in 2010 by Canada's National Film Board.

"I had to swallow a great deal of anxiety to be able to hand the reigns of production over to someone else. And if anything, he exceeded my expectations. He had a new idea for making a song better every 3-5 minutes.

New musicians were also added to the mix. Benjy Fox-Rosen and Michael Winograd came up from Brooklyn to play bass and clarinet, respectively, as an addition to familiar brilliant members of the Berner posse -- Wayne Adams on percussion, Diona Davies and Brigitte Dajczer on violins.

What's really remarkable about Winograd and Fox-Rosen is that they are among the first true new klezmorim in 70 years. Since the 1970s, klezmer revivalists have always come to the music from other styles, like old-time country, classical, or jazz. Benjy and Michael learned to play their instruments by 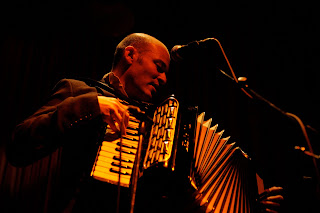 learning klezmer. That really hasn't happened since before the Holocaust. They represent the flowering of a reborn radical Jewish culture, what Berner's tourmate Daniel Kahn of Berlin band The Painted Bird calls the "Klezmer Bund".

"We're all trying to put out a vision of Jewish culture that's the opposite of the conservative, knee-jerk pro-Israel, judgmental bullshit that's emerged in recent decades."

That vision is evident at Berner's live shows, which tend to devolve into crazed, chaotic, drunken dancing and psychotic laughter. He has built a sizable cult following through extensive touring, and audiences of odd, bookish people who like to drink come out to pack bars in Berlin, Amsterdam, Oslo and Zurich, as well as in Canada. Look out for the Victory Party to hit your town this year!

Here's a taste of his previous work - Whisky Rabbi