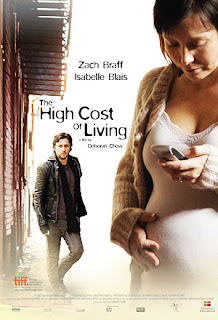 The festival jury selected Chow’s directorial debut out of 19 eligible films, and cited Chow for "the quality of her writing, the originality of the treatment and the mastering of the intrigue."

The award, which carries a $5,000 prize, was selected by a jury consisting of: Actor Patrick Hivon; Editor and Albert-Tessier/Prix du Québec 2011 award-winner Werner Nold; and actor Daniel Pilon.

The triumph at the Rendez-vous du Cinéma Québécois follows The High Cost of Living’s auspicious debut at the Toronto International Film Festival this past September, which awarded it the TIFF/SKYY Vodka award for Best First Canadian Feature, and also named it one of Canada's Top 10 Films of the year.

• The High Cost of Living will have a special screening at the Female Eye Film Festival, Friday March 18 at 6:30pm at the Rainbow Market Square.
• The film continues with its much anticipated theatrical release, opening in Toronto and Montreal on April 22. 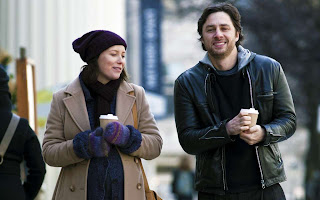 Writer, director Deborah Chow was born in Toronto, Canada, shortly after her parents emigrated from Australia. She completed her undergrad at McGill University, and received her M.F.A in directing from Columbia University. She has written and directed two short films, "Daypass" and "The Hill," both of which toured extensively on the festival circuit and were broadcast worldwide. She currently makes Montreal and Los Angeles her home.

The High Cost of Living is produced by Montreal based Suki Films Inc. by veteran producers Kimberley Berlin and Susan Schneir. It was produced with the financial assistance of Telefilm Canada, the Quebec Film and Television Tax Credit program and the Canadian Film and Television Production Tax Credit program. The film will be released in Canada by Filmoption International, who is also the International sales agent, and KINOSMITH INC.