Toronto, ON –  March 2011…  The presentation of groundbreaking works from the national scene is an annual event at Factory Theatre.

• The Performance Spring Festival, April 7 – 24, 2011, is made possible by the generous support of the Department of Canadian Heritage, Canadian Arts Presentation Fund.

• For more information about the Festival’s theatrically-imaginative performances of dance, drama and readings, see the website
• Tickets range from P-W-Y-C to $40.

Headlining the festival is Human Cargo’s Night. Shows of Night. “I saw a workshop of Night in Pond Inlet two years ago, and was stunned by the emotional power and visual clarity of the story,” says Factory Theatre Artistic Director Ken Gass, “I know Toronto audiences will be equally transported by this extraordinary theatrical encounter.” 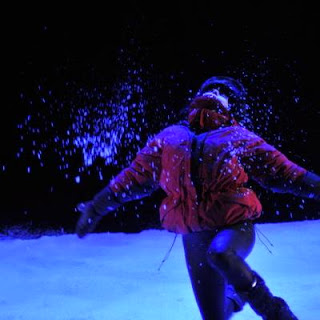 In Night, the lives of a Toronto anthropologist and 16-year old Inuk girl intersect powerfully during 24 hours of darkness in Pond Inlet, Nunavut.  A cross-cultural theatre creation by Human Cargo written and directed by Christopher Morris (also director of The Grand Theatre’s Mary’s Wedding, and Preface Theatre /AGO’s The Bear), is a poetic and dramatic exploration of the clash between Inuit and southern Canadian culture.

Morris says, “Daniella is a scientist from the big city and Piuyuq is a girl with big dreams. As the two cross paths, their lives are changed forever.” Night is presented in Inuktitut and English, with English surtitles, likely the first time both languages have been used so extensively in a professional play on a Toronto stage. Night was developed over three years during four four-week creation workshops in the arctic darkness of Pond Inlet, Nunavut and Akureyri, Iceland, and premiered in January 2010 at the National Arts Centre, Ottawa. 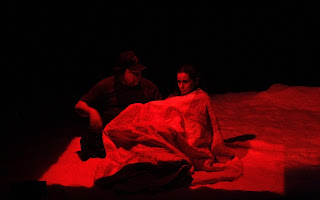