Mario Diaz de León's music focuses on acoustic/electronic hybrids that fuse the two elements into unified meta-instruments. Often structured as walls and gestures of shimmering sound, his work is influenced by 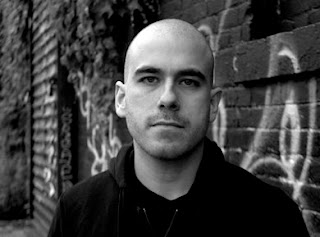 ICElab receives leading support from The Andrew W. Mellon Foundation, alongside generous funding from the Greenwall Foundation, the National Endowment for the Arts, and public funds from the New York City Department of Cultural Affairs in partnership with the City Council.

International Contemporary Ensemble: ICELab 2011 LPR Residency
The International Contemporary Ensemble (ICE) is dedicated to reshaping the way music is created and experienced. With a flexible roster of 33 leading instrumentalists performing in forces ranging from solos to large ensembles, ICE functions as performer, presenter, and educator, advancing the music of our time by developing innovative new works and pursuing groundbreaking strategies for audience engagement. In an era of radical change, ICE redefines concert music as it brings together new work and new listeners. 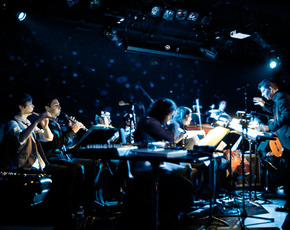 Since its founding in 2001, ICE has premiered over 500 compositions, the bulk of them by emerging composers, in venues ranging from New York’s Lincoln Center and Chicago’s Museum of Contemporary Art to galleries, bars, clubs, and schools around the world. The ensemble has released acclaimed albums on the Bridge, Naxos, Tzadik and New Focus labels, with forthcoming releases on Nonesuch, Kairos and Mode.

With leading support from The Andrew W. Mellon Foundation, ICE launched ICElab in early 2011. This new program places teams of ICE musicians in close collaboration with six emerging composers each year to develop works that push the boundaries of musical exploration. ICElab projects will be featured in more than twenty performances each season and documented online through DigitICE, a new online venue.

ICE’s commitment to build a diverse, engaged audience for the music of our time has inspired The Listening Room, a new educational initiative targeting public schools whose music programs have been cut in the recent recession. Using team-based composition and graphic notation, ICE musicians lead students in the creation of new musical works, nurturing collaborative creative skills and building an appreciation for musical experimentation.

Mario Diaz de León
Mario Diaz de Leon (b. 1979 in St. Paul, MN) is a composer and multi-instrumentalist. Praised by the New York Times for their "hallucinatory intensity", his works for classical instruments and electronics have been performed in USA and Europe by ensembles such as ICE, Talea, iO Quartet, JACK Quartet, San Francisco Contemporary Music Players, and Romania’s Hyperion Ensemble. He has performed, toured and recorded in many bands as a guitarist, and currently plays guitar in Mirrorgate. His discography includes 3 releases on the Shinkoyo label, and a critically acclaimed CD of his chamber music on John Zorn's Tzadik label ("Best of 2009" - Time Out New York, Chicago Reader). He is currently pursuing his doctorate in composition at Columbia University.