on March 13, 2011
"Innovative" is a word that gets thrown around a lot in the music world, but this artist is the real deal - and currently on a North American tour. From a media release:

As masterful banjo player and musical instigator Jayme Stone was fixing dinner one night, he heard Bach dance. "I was listening to Bach's French Suites while cooking. The performance had such a lilt to it 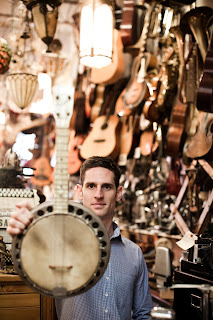 that I literally wanted to dance," Stone recalls. "It was an epiphany moment. Bach used European folk dance forms to inform his own music. I realized I could explore folk dances in my own way, but with a worldwide scope."

With dance as his guide, Stone launched a virtual journey that ended in a new album, Room of Wonders

Stone thrives on unexpected inspiration: Japanese poetry, Brazilian literature, instruments he found while traveling in remote Malian villages. He finds it with influences as diverse as Anouar Brahem, Bill Frisell, and Toumani Diabaté. His Juno Award-winning albums, most notably Africa to Appalachia

, both defy and honor the banjo's long role in the world's music, turning historical connections into compelling music.

Folk dance as a form and inspiration united three diverse currents in Stone's musical life: the acoustic music scene he loves, a fascination with Nordic music, and a sideline project interpreting Bach on the banjo. "I had three records that I wanted to make," Stone explains, "and dance was an umbrella that covered all grounds."

He immersed himself in Nordic culture, watching films, reading novels, and savoring encounters on tour with visionary roots groups like Väsen, whose nyckelharpa whiz, Olov Johansson, contributed to "Troll Kingdom Polska." Meanwhile, Stone continued to study Bach in his practice room when he had the chance (and he performs the "Allemande" from French Suite No. 6 on the album).

Yet what really set Stone's dances into motion were his collaborators, acoustic musicians from divergent backgrounds that Stone loved urging in new, unexplored directions: "When I look for musicians to collaborate with, I am looking for people with a certain adventurous sensibility, who have pioneered new ways of playing. I love bringing them into totally different territory."

Casey Driessen brought lithe, percussive five-string fiddle playing, with an extra low string that expands the violin range, and a sixth sense for music from around the world, thanks in part to trips to China and Tibet with Abigail Washburn's Sparrow Quartet. "Casey is a master of the chop, using the bow percussively," notes Stone. "Most of the rhythmic elements you hear are Casey. He's a drummer living in a fiddler's body." 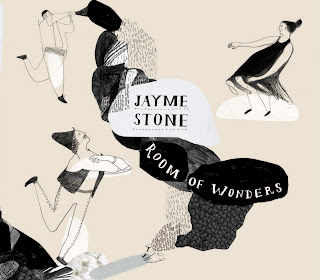 Though guitarist Grant Gordy, who plays with the alt-bluegrass/jazz David Grisman Quintet, has a gift for improvisation, Stone shied away from trading fours: "I wanted to find out what would happen to that energy, if you brought together jazz artists but didn't give them solos."

What Stone did give Driessen, Gordy, and former Punch Brother bassist Greg Garrison was space to find their own way into the pieces. The musicians spent days at a lake cabin, working through possibilities and variations, rearranging sections, and trying just about anything. "We took 'Planinsko Horo' and played it in every key," recalls Stone with a laugh. "We made notes of what we liked and didn't, and then voted on our favorites. It was like an experiment in musical democracy."

Stone finally had a chance to turn to some favorite musical moments-sometimes mere snatches of melody, of uncertain origin-and set them shimmying, sashaying, and reeling. He had only 45 seconds of a Bulgarian ruchenitsa from an old mix tape to go on (though he eventually traced its history, thanks to several Bulgarian music scholars). "Krasavska Ruchenitsa" became far more than a danceable ditty, opening with a spontaneous burst of fiddle, bass, and cymbal hitting wildly at once, and contrasting crisp, passionate banjo with Driessen's serpentine fiddle. 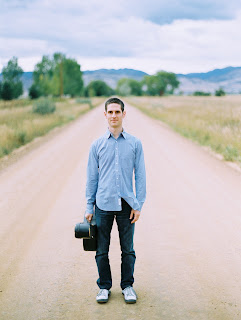 "Moresca Nuziale" was also a mystery-and, as it turned out, a potential danger. "I learned this melody from a friend, who didn't know anything about it," Stone recounts. "Eventually, I found the composer, renowned Italian button accordionist Riccardo Tesi. He explained that it was composed for the marriage of his two close friends. It was structured on the traditional moresche, a Moorish sword-fighting dance from Southern Italy. Evidently, Riccardo forgot that these were dances of struggle and the couple divorced after six months. He made me promise never to play it at a wedding."

Stone makes tradition sing, whether barn-burning bluegrass style ("Ways of the World") or stepping nimbly through tunes from County Clare ("The Reels"). Yet he also reveals a keen sense of coloration, texture, and emotion on original pieces, the pensive and shadowed waltz of "In Other Rooms, Other Wonders," and the upbeat funky imagination of "Vinicius," a samba-inspired shout out to post-Tropicália avant gardist Vinicius Cantuária. The geographical breadth and chronological depth feel natural to Stone, however, as the album's title quietly suggests.

"The world itself is like one vast room full of all these wonders," reflects Stone. "That's perhaps a hallmark of this day and age. The whole world feels open and accessible. And as a musician, you walk into a room-a concert hall or a living room-anywhere in the world and by having instruments there, you can evoke other places, other centuries, and other wonders."

Here' s a preview of the new release: