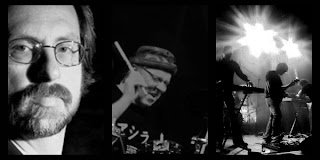 The word “legendary” is bandied around a lot nowadays, but we can think of no other fitting description for Alan Howarth. Not only has he composed countless prodigious electronic movie scores with the film 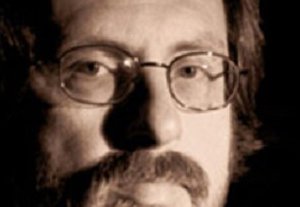 From Halloween stalkers to "Star Trek", Alan Howarth's electronic imagination has contributed to some of the biggest genre films ever made. He's provided sound design and effects for "Poltergeist", "Raiders of The Lost Arc", all the "Star Trek" movies, "The Hunt For Red October", Coppola's "Dracula", "Total Recall" and "Stargate". As a composer, he's scored all or part of all the "Halloween" films, "They Live!," "Prince of Darkness", and composed music for "Retribution", "The Dentist" and others.

Alan also co-founded Pi Corp, a Cleveland based quartet that pushed some heavy Hawkwind vibes in their studio pursuits, recently compiled as Let Them Eat Pi (Alma Records). Alan opens the night performing pieces from his vast repertoire and then joins fellow Emeralds at the end for a special collaboration based around RA Music, a form of tuning designed to allow natural listener stimulation and unprecedented spiritual and mental awakening. Howarth will also be presenting a sound design workshop during Unsound Festival New York, sponsored by Transition Earth.

Synthesist is a melodically rich symbiosis of krautrock, kosmische and prog rock that signaled sonic qualities embedded in electronic and techno music for years to follow. The album was recorded in the summer of 1979. Grosskopf, then 30 years old, was at a personal and creative crossroads. His girlfriend had just left him, and Ashra was on temporary hiatus. Harald always considered himself a rhythmic accomplice to his numerous collaborators' lead, until prompted by some fellow musician friends to pursue a singular creative vision.

Armed with a MiniMoog and Revox reel-to-reel, Grosskopf set off for the West German countryside that fall and isolated himself in a home studio for almost two months to record the album. The temperamental analog synthesizer and sequencing technology at his disposal meant that only through a harmonious union of man and machine could he achieve the results he wanted.

Grosskopf’s human response to his machines undeniably colors the eight songs of Synthesist and aligns the album with some of the more melodic output of the Berlin School of Electronic Music. It’s not hard not to 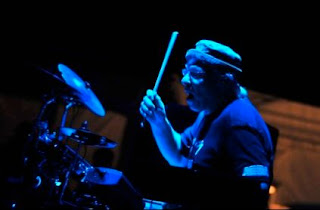 consider Synthesist the nexus of Krautrock, Kosmische, and New Age. Aiming to bring Synthesist to a new audience RVNG Intl also commissioned a special album of remixes called Re-Synthesist. For Harald’s live performance of Synthesist tonight he will be joined by many of the artists that contributed to the Re-Synthesist compilation including A.R.P, Blondes, Laurel Halo, Pink Skull, Julianna Barwick, James Ferraro and more.

Emeralds are John Elliott, Steve Hauschildt, and Mark McGuire. They started playing music together in 2005 in the suburbs of Cleveland. After a year playing under another name, they decided to focus more on live improvisation and adopted the new band name Emeralds. Their most successful album to date,  Does It Look Like I'm Here? was released last year on respected European imprint Editions Mego (home to acts like COH and Marcus Schmickler, who will appear at Unsound Festival New York the following day). 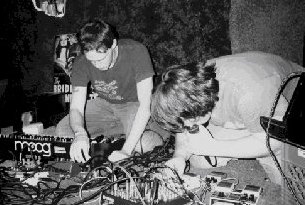 Does It Look Like I’m Here? is the band’s third official album following Solar Bridge (Hanson), and their self-titled debut on their own Wagon and Gneiss Things imprint. They are an exceptionally prolific trio and have also released an uncountable number of small edition tapes and CDRs on a host of labels. Mark McGuire and Steve Hauschildt also perform and record under their own names, while John Elliott performs as Outer Space and records under the aliases Imaginary Softwoods, Colored Mushroom and the Medicine Rocks. The trio has opened for acts like Caribou, Throbbing Gristle, Goblin and many others.

Does It Look Like I’m Here? took the trios experimental brand of kosmische music into a radical new direction - moving their sound away from longer jams towards shorter material with an almost (for them at least) "pop" like focus. It also saw the group moving from playing single oscillator analog synthesizers to an analog/digital hybrid set-up that also includes a great deal of guitar synthesizer.

Having spent all their lives in the relative isolation of Cleveland means their music has developed into a vital, stunningly unique sound all their own. However, their music clearly shows the influence of early synthesizer pioneers like Grosskopf and Howarth who they share the bill with tonight. Tonight Emeralds will perform two sets, one of their own material, and the second, closing out the evening, will be their first ever live collaboration with the legendary Alan Howarth. 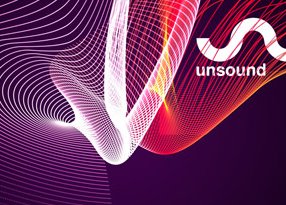 • Wednesday April 6th is the official festival opening event at Alice Tully Hall, Lincoln Center, presented with Krakow’s Sacrum Profanum Festival.
• April 1st - April 5th events are devoted to Unsound Festival New York Labs, a series of more experimental events, workshops and panels based around the theme of “Festival as lab.”
• For further detailed information on all the events happening during Unsound Festival New York 2011 please check out the link.