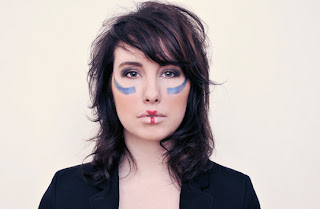 Acclaimed LA-based 21 year-old songwriter Lelia Broussard has been selected by Rolling Stone for their “Do You Wanna Be A Rock & Roll Star” Contest.”  Lelia is one of sixteen unsigned artists chosen by the editors of Rolling Stone.  Voters can rate the bands by going to the link below -  eight artists were just eliminated March 16th and Lelia's among the remaining eight proceeding to the next round.  The final round will see the last two artists compete in a battle of the bands on stage at the Bonnaroo Music Festival with the ultimate winner being the first unsigned act to ever appear on the cover of Rolling Stone and will also receive a recording contract from Atlantic Records.

You can vote for Lelia here - and listen to a couple of the tracks:


If you're in NYC, you can see her live on the 24th of March at the Rockwood Music Hall

Lelia who just finished an appearance at the Hotel Café in Los Angeles is supporting her fourth independently released record, MASQUERADE.  A deluxe edition CD version with bonus tracks (as well as the original ten tracks in the November 2010 digital release) will be available on April 5th through various independent record stores and on-line retailers in the United States.

This song was about being far away from someone you love and was timed to be released as romantic music for Valentine’s Day.

In January legendary music mogul Russell Simmons handpicked Lelia to be one of his five favorite current unsigned pop/rock artists featured his myspace.com “Hip-Pop Challenge.”  Lelia has strongly lead the competition since it’s start with a deluge on online votes.  In fact the internet has been a driving force to developing her fan base as Broussard raised over $15,000 independently to record Masquerade on Kickstarter.com, one of the most successful music projects on the popular indie fundraising site at that time. Broussard’s myspace.com site has received over 11 million plays and her youtube.com artist page of music videos has aggregated over 5 million views. American Songwriter said, “we first discovered 21-year-old singer- songwriter Lelia Broussard the way many people did: by checking out her cover of Beyonce’s All The Single Ladies, which garnered over two million views on YouTube.

Produced by Dan Romer (Ingrid Michaelson, Jenny Owen Youngs), Masquerade boasts an intriguing collection of indie/folk/pop gems, bringing to mind a cross between Jenny Lewis, Diane Birch and Beth Orton.  Lelia says “This was the first record I did where I felt like my opinions were truly heard and validated. We worked great as a team. Dan is incredibly creative and inspiring to work with.” The first single “Satellite” - a song about a sad robot in love - features prominent hand claps, a driving rhythm section and an undeniable hook that will inspire the listener to go back for repeated listens.  A video for Satellite premiered recently on AOL Music.  Other recent press coverage includes appearances Relix, Mevio, Ultimate-Guitar, Nylon, Global Grind, Creative Loafing and more.  Look for Lelia to announce national tour dates shortly - with a show on March 24th at the Rockwood Music Hall NYC.