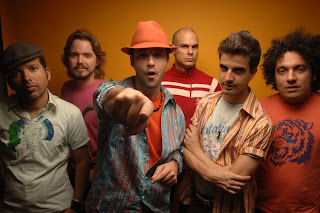 For Los Amigos Invisibles, it has been over 60 countries visited, 1 Latin Grammy + 2 Latin Grammy nominations, 2 Grammy (NARAS) nominations, 6 studio albums, 1 live DVD+2CD, 1 record label, 19 years in the music business, and with high hopes to continue to do what they love to do.

• Their latest CD, Not So Commercial

Commercial kept them busy throughout 2010, with its release in Australia followed by a tour throughout the country that would take them to such prestigious venues as the Queensland Performing Arts Center in Brisbane and the World Of Music, Arts and Dance Festival in Adelaide; whilst receiving rave reviews from the local press. Last spring, "Commercial" was released in both Spain and Argentina where Los Amigos Invisibles continued their promotional tour to sellout shows in both continents. Then last summer, the band participated in festivals such as The Couleur Cafe in Belgium; Pirineos Sur in Spain; and Bonnaroo, Central Park Summerstage and Lollapalooza in the USA.

Since their first album in 1995, Los Amigos Invisibles have developed a sound based in the gozadera, an irresistible fusion of Latin rhythms with fiery funk and lounge music. The band got their first break when David Byrne (Talking Heads) discovered one of their albums by chance in a Manhattan record shop. He immediately called the band up in their native Venezuela and soon after, signed them to his label, Luaka Bop. Byrne opened doors for the band across the globe and Los Amigos Invisibles soon became an international touring machine. 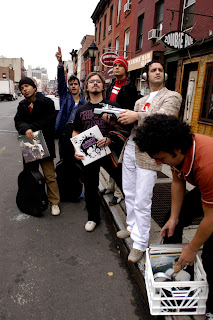 Los Amigos Invisibles moved to New York City from their hometown of Caracas in 2001 and entrenched itself in the local scene. “From a musician’s perspective, being in New York exposes you to every kind of music that you can think of,” Pardo says. “It has been a great place to get inspired and to make our shows tighter. On the other hand, being away from Venezuela makes you realize what you had sometimes taken for granted.”

With their electrifying live show, the group began building a considerable fan-base across the U.S. Collaborating with artists from Louie Vega (Masters At Work) to Dimitri From Paris, Los Amigos were able to establish themselves in the dance music scene and expand their sound. While raking in Grammy nominations year after year and performing on programs like the Jimmy Kimmel Show, the group continued to establish themselves.