“…If you like James Taylor, I think you will absolutely love Jon Davis. Very, very nice voice... very, very fine album by a Montrealer.” ~ CBC Radio One (Daybreak) 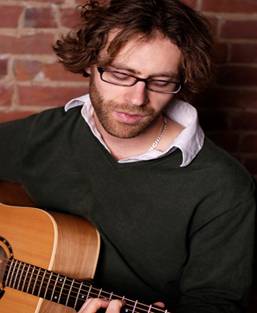 TORONTO – MARCH 2011 – Like hockey player Max Paccioretti, singer-songwriter and composer Jon Davis knows a thing or two about severe injury. He too suffered a debilitating head impairment and wrote a terrific song, “TRAUMATIC HEAD INJURY” to help in his recovery process.

It’s a devastating thing when sudden injury causes a long pause or even permanent diversion from one’s career or passion in life. The recovery period is long and arduous and there’s suddenly a lot of time to ponder the meaning of life.

Multi-talented Jon Davis was gearing up for a plum lead role in a professional musical theatre production, to begin right after earning his master's degree in music. Two days after graduating he hit his head and found himself in the hospital with a traumatic brain injury. Needless to say, he had to pull out of the production because of the risk of permanent brain damage if he were to dance and sing in the production.

Feeling very fortunate that he wasn’t completely incapacitated, and determined to use the long and difficult “down” time for a greater purpose, he wrote “Traumatic Head Injury”, and much of his debut album GOLDEN HUE, over the six-month recovery period. Jon explains, “The song talks about me longing to heal, move forward, and to get up and work hard on my career. Symptoms I had were of feeling feverish (but not actually having a fever), concentration difficulties and feeling like I had four or more beers in me all the time - but not in a good way. I was unable to walk for more than 30 minutes at a time because doing too much movement with a bruised brain put me in risk of permanent brain damage, due to too much blood flowing in the brain. It was very scary.”

Jon’s career has indeed moved steadily forward since, and he has performed at many Canadian festivals and venues, gaining fans and acclaim wherever he goes.