These musicians craft melodies from treelines and score rock-powered sun dances for symphonies. They can play any and every genre, any and all instruments. They might be classically trained at elite schools

like Berklee or may have learned to sing at their mother’s knee. They may have started out making beats in a remote Arctic village or grown up playing clubs in the big city.

They are Canada’s aboriginal artists, and they can no longer be pigeonholed, as The Native American North Showcase will prove March 24, 2011 in Toronto (full information below). The Showcase is timed to coincide with this year’s Juno Awards—of which many of the artists are past recipients or current nominees—and sponsored by Manitoba Music, in partnership with the Canada Council for the Arts. It aims to connect music industry professionals, journalists, and new audiences with the deeply creative work flowing out of First Nations and Northern communities today.

The five Showcase artists come from every background and play music of all styles, yet all remain highly attuned to their heritage and communities. They demonstrate that aboriginal artists have moved beyond the narrow confines of niche markets and can hold their own on any festival stage, at any rock club, or at any performing arts center.

Christa Couture: Having paid her dues across BC and the UK, Couture’s delicate voice and aching songwriting chronicles the intertwining grief and grace of love and loss, inspired by her folk singer mother and Arapaho ceremonial musician father.

Cris Derksen: A half-Cree classically trained cellist, Derksen has played with everyone from Inuit innovator Tanya Tagaq to Kanye West, and has now struck out on her own, crafting funky solo tracks on the spot via effects pedals.

Eagle & Hawk: Led by a Winnipeg-born Ojibway guitarist and composer, these veteran rockers know how to wield both pow-wow beats and power chords, as well as partner with symphony orchestras, to pay homage to their heritage and life’s joys. 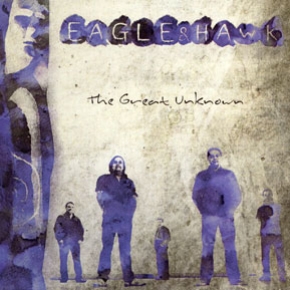 Leela Gilday: Raised on Dene music and folk ballads in Yellowknife, Yukon Territory, Gilday turned from her classical vocal training to pursue her own vision as a songwriter, one that can rail against the disappearances of aboriginal women, strike universal emotional resonances, and celebrate human hardihood despite adversity.

As these artists suggest, Canada’s aboriginal communities are burgeoning with a vibrant new energy, thanks to a generation of well-educated young people who long to retain and build their ties to their roots. “One of our main advantages in Canada is that a lot of First Nation individuals can access funds to go to college,” explains Showcase producer Alan Greyeyes of Manitoba Music. “There is a whole crop of young professionals who are developing businesses and transforming the arts.”

This energy has sparked a recent wave of new festivals in cities like Winnipeg, powerful partnerships with established arts funders, rapidly expanding audiences for aboriginal music events, and even new youth-oriented aboriginal radio that specializes in breaking hip-hop artists. Greyeyes sent out applications to nearly 500 native performers in search of the five artists featured, a sign of the aboriginal arts renaissance underway across Canada.

Gone are the days when communities faced the state-supported, purposeful unraveling of cultures and family ties, or more recently, when young people had to struggle to find positive images of native peoples in the media. “When I was growing up, the only things we saw about native people were negative stories, and we had to look hard to find something positive,” Greyeyes recalls. “Now native people are on TV, on stages, in print ads, magazines, all over the radio. That’s a big change, one of the cooler changes that I’m seeing.”