April 2nd through May 31st, 2011, the festival will feature a gallery exhibition, fashion show, panel discussions, Q&As with directors and actors, live performances, and of course, the best in contemporary cinema from Africa and the Diaspora.


2011 has been designated as the ‘International Year of the Peoples of African Descent’ by the United
Nations. AFF is honoring that declaration with an exploration of the historical and contemporary roles in the arts played by people representing the African Diaspora. This exploration will include a special focus on two countries from which so many people of the African Diaspora draw their roots, and which are both also celebrating 50 years of independence in 2011: Tanzania and Sierra Leone. In addition, the festival will continue to introduce the works of emerging filmmakers from Africa and the Diaspora. 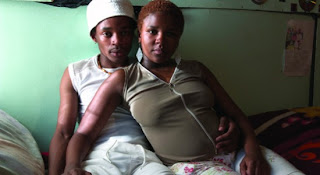 For a full schedule of the screenings, please have a look at this link

The Festival highlights the following themes:

Africa – the Next Generation

These fictional and documentary films depict the resilience of Africa’s youth as they rise above adversity, whether by bravely facing life with AIDS (Thembi) or by simply writing a letter to Santa Claus (Ousmane).

• Other films include Soul Boy and Africa United

Sorcery and Subversion in the 21st Century

The filmmakers question perceptions of activists and outliers who intentionally or unintentionally challenge their communities to question the norms that underline their societies.

• The Witches of Gambaga, Taharuki, The Deliverance of Comfort, and Phyllis. 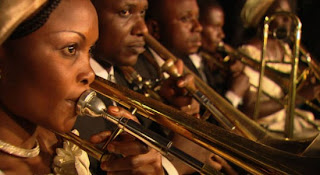 Examining the Heart of Africa

Situated in the center of the African continent, the Democratic Republic of the Congo (DRC) has long been considered the heart of Africa. Its politics and its cultures seem to pulse in time with the heart of the continent.

The Retention of Memory

A new generation of filmmakers brings in today’s Africa and the African Diaspora, a fresh perspective to the longstanding conversation about traditional beliefs and modern rituals, cultural heritage and cultural evolution, memories of the past and hopes for the future.

• Besouro, For the Best and For the Onion, A Journey into Kono Womanhood, and Ebony Goddess. 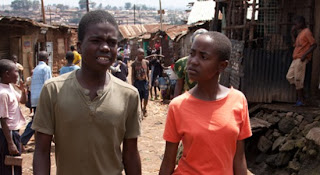 The NYAFF is pleased to present the U.S. premiere of the 2011 Focus Features Africa First Shorts Program. The program, now in its third year, has been supporting the growth of groundbreaking emerging filmmakers, who push boundaries and create brilliant works.

• Dirty Laundry, Umkhungo, Tinye So, and Mwansa The Great.

The Camera – A Filmmaker’s Weapon

The camera has transformed the lives of artists and everyday people throughout the continent: an Ethiopian man who protects his tribe with a Kalashnikov and a camera (Shooting with Mursi) a young boy who documents the life of immigrants in Italy (One Way, a Tuareg Journey) unwitting outsiders whose cameras lead them toward a terrible secret (Stolen).