Montreal, March 2011 – Its iPhone app was named one of the best apps of the year by iTunes Canada. Its interactive and cross-media productions have garnered Webby Awards—the Oscars of the

Internet. In just over two years, its digital platforms have racked up ten million views and put Canadian cinema into the hands of audiences in every region of the country.

Now, the National Film Board of Canada is ready with another Canadian digital media breakthrough: this country’s first film app for the Android platform.

“We are passionately committed to serving Canadians in engaging and innovative ways; as Canadians change their viewing habits we must accompany them. Making the richness and depth of the NFB collection and our startling new works available on the most popular online and mobile platforms such as the Android ensures that Canadian works by Canadian creators representing Canadian points of

Just as Android emerges as the number one smartphone platform, Canada’s Oscar-winning public producer is ready with 1,500 NFB films that Android users can watch, free of charge. The new NFB Android app gives users the ability to search the entire collection of films available online at NFB.ca, explore films by thematic channels, create their own favourites list, and share films by e-mail, Twitter or Facebook—all from their mobile phone. 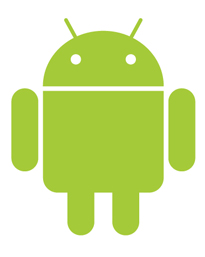 To download the NFB’s Android app:
• visit nfb.ca/android
• or the Entertainment category of the Android Market market.android.com.

The NFB’s latest app builds on the NFB’s successes with its iPhone and iPad applications. The NFB’s iPhone app was the third most downloaded application, ahead of such giants as Facebook and Skype, just two days after its launch on October 21, 2009. It was hailed by