The reviews are in: 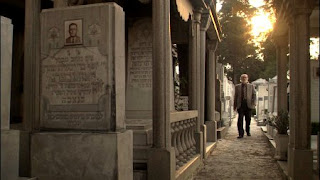 “It may not sound like a comedy, but Chenillo loads the scenario with more Yiddishkeit than a gross of matzo, sure to elicit laughs and knowing nods throughout the Diaspora.”    Jay Weissberg, Variety

Nora’s Will begins when Jose finds out that Nora, the woman he'd been married to for 30 years and then divorced, has committed suicide. The rabbi explains to Jose that due to the celebration of the Passover festivities, if Nora is not buried that same day, they will have to wait almost five days to be able to carry out the burial. 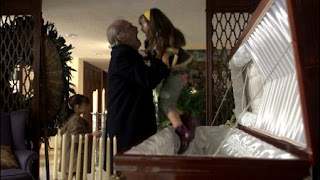 It turns out that before she died, Nora devised a Machiavellian plan in order for him to take care of her funeral and bring her family together.  But she missed something; a mysterious photograph left under the bed will lead to an unexpected outcome that will remind us that sometimes the greatest love stories are hidden in the smallest places.

About Video Services Corp.
Video Services Corp. will distribute the film across Canada in a number of markets. The DVD will follow later in 2011. Founded in 1993 by former rock critic Jonathan Gross, Video Services Corp. is a leading independent film distributor with offices in Toronto and Los Angeles. Recent VSC releases include Alex Gibney's Client 9: The Rise and Fall of Eliot Spitzer, Holy Rollers starring Jesse Eisenberg and TIFF selection The Matchmaker.