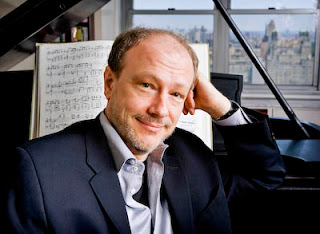 Before he returns for his 6th recital on our stage, Marc-André will have a busy year - dates with orchestras (Boston, Montreal, San Francisco, Germany, Spain) and in recitals (London, Amsterdam, Stuttgart, New York ) throughout the US, Canada and Europe.

Under exclusive contract with Hyperion Records, Mr. Hamelin has recorded over thirty-five CDs; he has received 8 Grammy nominations. His latest release (August 2009) is Haydn: Piano Sonatas, Vol. 2. Mr. Hamelin was recently presented with a lifetime achievement prize by the German Record Critic's Award. He was made an Officer of the Order of Canada in 2003 and a Chevalier de l'Ordre du Québec in 2004. He makes his home in Boston.

His performance was fascinating, nourishing and provocative. The Washington Post, April 10, 2009

Here is a taste of Marc André playing another of Haydn's piano sonatas: