Review: Nohayquiensepa (No one knows) - continues to March 27 in Toronto

Leading Latin-Canadian company in intercultural and interdisciplinary performance Aluna Theatre presents
Nohayquiensepa (No one knows)
A Requiem for the Forcibly Displaced
The Theatre Centre, Toronto - continues to March 27, 2011 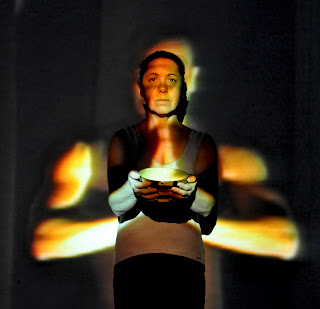 Inspired by events in a Colombian river town on the edge of great violence and by reports on the activities of Canadian mining conglomerates, artists from Canada, Colombia, Mexico, Serbia, Uruguay, and Venezuela investigate the connections between our lives here in Canada and those who live in places where human rights violations are common.

Nohayquiensepa is described as a multimedia project, but I'd go even further and call it a multi-layered approach to performance. It combines both traditional and contemporary interpretive dance, video projection - sometimes with live drawing (from a booth underneath the seats) -  and spoken lines, sometimes all at once. In one segment, four of the performers speak their lines simultaneously as they back up from the edge of the stage in a row, two in English and two in Spanish, passing a microphone back and forth between them so one story is elevated above the others at any given time. In another, hands on the projected screen take a number of torn pieces of paper from an envelope and gradually and methodically reassemble them into a letter from a man who's afraid because his complaints against the mining company have led him to be identified with guerillas 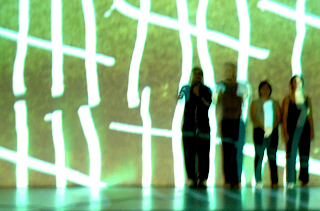 (as opposed to the paramilitary units) and therefore a military target, all while dance and theatrical performance takes place on stage in front of the screen.

There are sound effects, business presentations that show profits and loss, and a voice that recites a seemingly endless list of names of the assassinated - among many other elements director Beatriz Pizano has used in this intriguing production. The result I found somewhat hypnotic in effect; I was trying to absorb it all as it happened. What emerges from the cacophony of impressions are snippets of stories and scenes: the woman who finds a severed hand in the river and wants to give it a name, or the company executive and his placating speech days after a "tragic incident".

It doesn't tell a neatly packaged story with a clear beginning, middle and end, but in that sense I'd say it more closely captures the real experience and anguish of the people who live in these areas of the world, where this kind of chaotic violence has existed for decades. The performers and collaborators deliver an engrossing and dedicated performance of an inventive production.

Nohayquiensepa grew into its present state gradually over a couple of years, beginning as a project that looked to combine video and stage performance. It's the result of a collective creation process with the help of choreographer Olga Barrios and performers Carlos Gonzalez-Vio, Lilia Leon, Victoria Mata, Beatriz 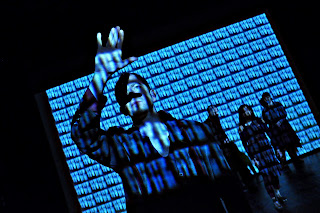 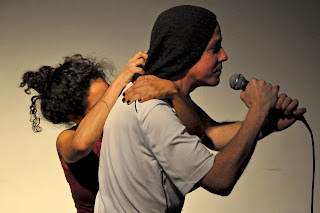 • If you're unsure about this issue, I'd invite you to read this paper prepared by Tim Clark for the Centre for Research on Latin America and the Caribbean at York University (CERLAC) and MiningWatch Canada in 2003 - and in particular have a look at page 22.