Scrabble with the Stars Toronto April 4 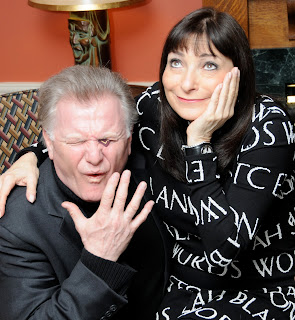 SEVENTH ANNUAL SCRABBLE® WITH THE STARS
Composer David Warrack to compose and perform a Scrabble With the Stars Anthem!

Toronto, March 2011 - Composer, conductor, pianist, producer, and long time Scrabble With The Stars enthusiastic supporter David Warrack will compose and perform a "Scrabble With The Stars Anthem" for the seventh annual Scrabble® With The Stars, event chair Vivienne Muhling announced. With a celebrity at every table, this signature fundraiser in aid of Performing Arts Lodges (PAL) Toronto takes place on Monday, April 4, beginning at 6:30pm at the elegant Arcadian Court, again hosted by fashion/lifestyle reporter Jeanne Beker and actor Barry Flatman.

Scrabble With the Stars is a chance to get words in edge-wise with more than forty of Canada's most eminent celebrities who will dine and play Scrabble with sponsors and guests in support of PAL Place, a unique residential complex in downtown Toronto that many of Canada's esteemed artists call home.

Guests can view and bid on art at the Celebrity Art & Craft Exhibition such as watercolours from Heather Allin and Jayne Eastwood, designer fishing flies from C. David Johnson, photographic art from Marilyn Lightstone, paintings from Gordon Pinsent and Karl Pruner, jewellery from Barbara Budd and Sandi Ross, and more. All artworks have been generously donated by the celeb artists and all proceeds will go to PAL. A delicious buffet dinner follows, then out come the Scrabble® boards, and the battle of words begin. 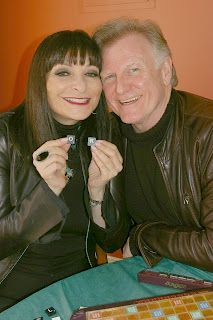 While international Scrabble® master John Chew totals the scores and establishes the winners, guests will indulge in coffee and dessert on the edge of their seats as they anticipate the results.

Lavish prizes await Scrabble® winners. In past years these have included a Winery Tour for 10 people and gift pack of wine for the winner, a skippered sail around the Toronto Islands with champagne and a deluxe lunch basket, an overnight stay at a deluxe hotel with dinner and breakfast, tickets to some of the hottest shows in town, and more. This year's prizes promise to be equally wonderful.

The Performing Arts Lodges, Toronto is dedicated to providing assistance in the areas of health, well-being and affordable accommodation for members of the entertainment industry. PAL Toronto operates PAL Place, a unique residential complex in downtown Toronto that many of Canada's esteemed artists call home. Funds raised through Scrabble® With The Stars allow PAL Toronto to create additional support for the growing number of PAL residents who are becoming too frail and aged to care for themselves in their own homes. The proceeds help ailing PAL Place residents to continue to live with dignity in their own apartments, among their fellow theatrical professionals. Thank you to Scrabble With The Stars major sponsors Scotiabank, ACTRA Fraternal and Shepell-FGI. 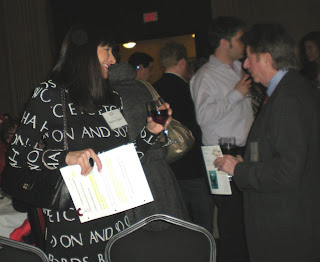 Photos:
• Iconic fashion reporter Jeanne Beker and actor Barry Flatman, the returning hosts of Scrabble® With The Stars, have some fun while practicing for this fundraising event for PAL
• My own photo of Jeanne Beker at last year's event in her Scrabble dress with Mark Breslin

Scrabble® With The Stars, a fun-draising evening for PAL, Toronto
Hosted by Jeanne Beker and Barry Flatman featuring top-tier Celebrity Scrabblers
• Monday, April 4, 2011 beginning at 6:30pm at Arcadian Court, 401 Bay Street in Toronto
• Tables can be reserved from $500. Single seats are $150 each. The cost includes dinner with complimentary wine, a game of Scrabble with a celebrity and a tax receipt for the maximum allowable amount
• For tickets, visit www.scrabblewiththestars.ca or call 1-800-838-3006.
• Visit the Facebook Page
arcadian court toronto jeanne beker scrabble with the stars toronto celebrity event