Skúli Sverrisson Releases SERIA and SERIA II.
A Set Bearing the Master Musician's Life Experience in Jazz, Rock and New Music, with Folk-like Directness of Expression and a Pop-like Seductiveness.

Layers of pulsating strings. Streams of cinematic texture. Expanses of heartfelt melody. These are all 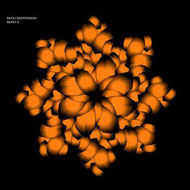 aspects of the musical world of Skúli Sverrisson, a twenty-first century virtuoso composer and multi-instrumentalist from Iceland, who has united broad swaths of contemporary music into a unique personal language. Skúli's music is as warm-hearted as it is advanced. A Set Likely to Appeal to Fans of John Fahey and Brian Eno, as well to fans of Philip Glass and Fennesz.

The brand new Sería II adds new layers of vivid instrumental color and melody. Mostly recorded in Iceland in 2009, Skúli's sonic palette has grown to include electric keyboards and ringing toy piano resembling a classic soundtrack by Nino Rota or Ennio Morricone.  Skúli's unique instrumental and compositional voice remains distinct, as do those of his continuing partners: Pace, Kang and Burr as well as Olof Arnalds, Hildur Gudnadottir and David Thor. Sería II is a haunting, mysterious album, with a rare depth of feeling and sonic richness.

He has released a series of duo albums in collaboration with artists such as Anthony Burr, Oskar Gudjonsson and Hilmar Jensson. He has been a member of many influential groups including Pachora, Alas No Axis, The Allan Holdsworth Group and The Ben Monder Group. Sverrisson has also composed music for The Icelandic Dance Company (Open Source), The National Theatre of Iceland (Volva), and numerous films and installations, such as "Welcome" and "Music for Furniture" with Olafur Thordason, "Spacial Meditation" with Claudia Hill and "When it was Blue" with Jennifer Reeves. 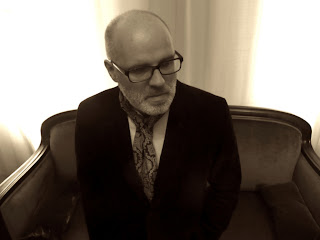 Sverrisson founded Seria, an ongoing ensemble featuring Amedeo Pace (Blonde Redhead), Olöf Arnalds, David Thor Jonsson, Anthony Burr, Eyvind Kang, and Hildur Gudnadottir in 2005 and released Seria in 2006 and Seria ll in 2010. He has appeared on over 100 recordings and has performed around the world with a wide range of artists. Recent works include series of live film /music performances with experimental film maker Jennifer Reeves, three new recordings of the ongoing collaboration with Anthony Burr, and a new duo recording with Oskar Gudjonsson. Sverrisson has been awarded 5 Icelandic Music Awards, including Icelandic Album of the Year for Seria in 2006.