“She offers the pleasure of brazen theatrical inventiveness.” – The New Yorker

In WE'RE GONNA DIE, provocative theater artist Young Jean Lee explores human vulnerability with her hilariously disorienting signature style. Using herself as a guinea pig, non-performer Lee takes the stage herself along with her band, Future Wife, to tell stories and sing songs about our shared human weakness and 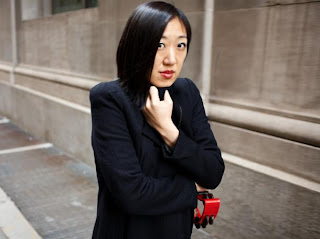 Throughout her career of internationally acclaimed shows, Young Jean Lee has maintained the modus operandi that has guided her professional undertakings from the outset: Creating the show she feels least comfortable creating. Having continually taken up exceptionally challenging subject matter—e.g., black identity in The Shipment, and, most recently, her father’s terminal illness in LEAR—she is using her 13P production to stretch even further. Accustomed to writing parts for and directing accomplished, larger-than-life actors, Lee will set out to create a show about ordinary human failings that an ordinary person could perform, while employing a genre that traditionally depends most heavily on star-power and charisma: the one-person cabaret show. Moreover, Lee (a non-performer) will use herself as a test case and take the stage herself, directed by Paul Lazar and joined by her new band, Future Wife, as she tells stories and sings songs about shared human failure, sickness, aging, and death, all in her hilariously disorienting signature style. 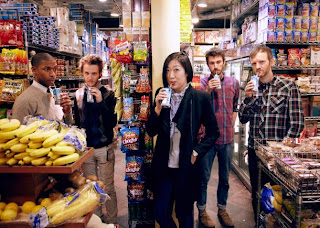 We’re Gonna Die is the 11th production from 13P, which Lee and 12 other playwrights co-founded in 2003 to produce one play by each of its members—and then disband. We’re Gonna Die exemplifies the kind of risk-taking the collective was formed to foster, and which Lee always embraces. “I’ve found that the best way to make theater that unsettles and challenges my audience is to do things that make me uncomfortable,” says Lee. “I'm constantly trying to find value in unexpected places. My work is about struggling to achieve something in the face of failure and incompetence and not knowing. The discomfort and awkwardness involved in watching this struggle reflects the truth of my experience.”

Although she has little experience performing, and an inherent dislike of being onstage, Lee acts, sings, and dances throughout We’re Gonna Die. The show features her band Future Wife, which she recently formed with Brooklyn-based, British singer-songwriter Tim Simmonds, who also contributed music to Lee’s most recent show, LEAR. The group, which features collaborators Mike Hanf, Nick Jenkins and Ben Kupstas, in addition to Lee and Simmonds, just made their live debut on February 11 at the Stone, as part of a month of programming curated by Lou Reed and Laurie Anderson. As an early preview of We’re Gonna Die, the band released the song “I’m Spending Christmas Alone” to acclaim last December. 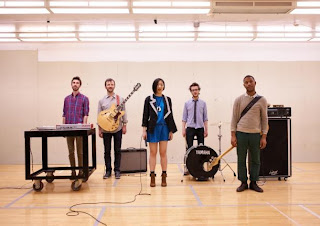 We’re Gonna Die was developed in part through a residency at the National Theater Institute at the Eugene O'Neill Theater Center, and through the Lower Manhattan Cultural Council’s Swing Space program (space at 14 Wall Street is donated by Capstone Equities), and is presented with support from the Andrew W. Mellon Foundation and the New York State Council on the Arts, a state agency.

They chose the order of their 13 productions at their first gathering in fall 2003. The process for each production begins with a meeting between the playwright, executive producer, and managing director. The playwright is asked to dream out loud about her ideal venue, director, cast, and other collaborators for the play. 13P orients itself around each playwright within the framework: The artistic director takes full artistic responsibility for the company during her tenure, and they make every effort to realize the playwright’s wishes.

Awarding 13P an OBIE in 2005, the committee wrote, "Not since Circle Repertory have we seen playwrights in New York forging a home for each other."

To give you a taste - a Young Jean Lee production at the Philadelphia Fringe Fest in 2007: