on April 08, 2011
I saw him and his band at LuminaTO last year and it was a blast - from various sources: 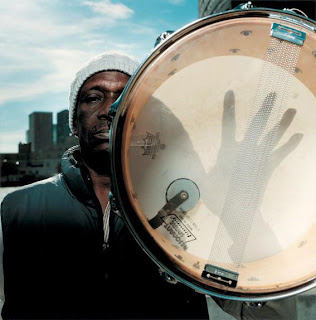 See below for additional dates in the U.S.

Tony Allen is one of the greatest drummers on the planet and the man who created Afrobeat alongside Fela Kuti. Twenty-four years after leaving Fela’s band he remains a restless and potent trail blazer for new African musical adventures and an inspiration to musicians around the world.

"Fela said I sounded like four drummers," says Allen. If so, it could have been because, in his mature Afrika 70 style, he was drawing on four different styles - highlife, soul/funk, jazz and traditional African drumming. A unique and mighty sound.  Continuing to work with top musicians to fuse afrobeat with funk, rock and hip-hop, Tony remains a vital force. Recent releases, such as Secret Agent

continue to breathe new life into a legendary career and in 2010 Tony performed at WOMAD as he celebrated his 70th birthday.