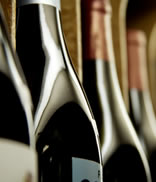 Toronto, Ontario –The Canadian Opera Company’s 12th annual Fine Wine Auction brings 300 enthusiasts together to bid on almost a quarter of a million dollars worth of hard-to-find fine wines on Thursday, April 7, 2011 at the trendy Crush Wine Bar (455 King St. W.) in Toronto.

CTV reporter Paul Bliss hosts this year’s lavish, libatious event which features an impressive assortment of wines that have a total value of more than $212,000.  A pre-auction cocktail at 6 p.m. begins the April 7th festivities and the live auction starts at 7 p.m.  Leading the charge will be Stephen Ranger, Toronto’s best known auctioneer, negotiating the bidding over these exquisite wines from private collections including:

In addition to bidding on exclusive wines, guests can indulge in an irresistible array of culinary delicacies, chocolates, cheeses and tasting wines, and can participate in a silent auction featuring items such as theatre experiences, restaurant gift certificates, winery tours, hotel accommodations, a helicopter tour of Niagara, a Christian Louboutin clutch, a private Mombacho Cigar tasting and a session with one of Canada’s leading portrait photographers, V. Tony Hauser.

The annual wine auction is a great night out for wine aficionados and novices alike, with desirable selections for those adding to already-established wine cellars as well as those just starting their collections.