on April 18, 2011
From a media release - I checked out The Room last year at the Royal - now you can check out Tommy Wiseau in person: 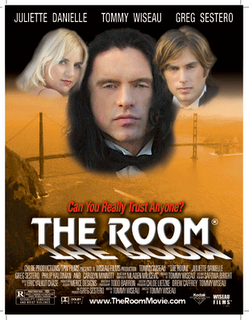 Tommy Wiseau
writer, director, executive producer and star of the Hit Cult Film
THE ROOM
comes to Toronto as a special guest for 3 nights

Toronto, Ontario - April 2011 – THE ROOM is in the house!  Tommy Wiseau is coming to The Royal as part of the "LOVE is BLIND TOUR"!  The independent, cult hit film that has taken North America by storm where it made its official Canadian debut in Toronto at The Royal, and where it has been playing solid for almost two years.

Written, directed, executive produced, and stars the enigmatic Tommy Wiseau, THE ROOM is a melodramatic story of a love triangle that leaves its audience members in hysterics. Once you’ve seen THE ROOM, you’ll never walk out the same again. 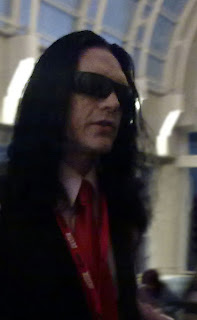 Wiseau Films – founded by Tommy – is extremely happy to be back in Toronto after two years, and when asked how Canadians should react to THE ROOM, Wiseau offers: "You can laugh you can cry, but please don't heard each other!"

Plagued with unresolved sub-plots, exaggerated sex-scenes, unexplained characters, and a bizarre script, THE ROOM’s unintentional humour has transformed this would-be-flop into a bonafide cult hit. Since its debut in 2003, THE ROOM has garnered a mass following across the country that includes celebrity actors and comedians like David Cross, Paul Rudd, Jason Siegel, and Katherine Bell, just to name a 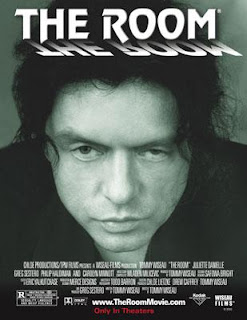 few. The monthly sold-out raucous screenings of THE ROOM in Los Angeles, New York and Toronto, have drawn comparisons to the midnight interactive audiences of The Rocky Horror Picture Show and The Big Lebowski. Although originally written as a drama, this unintentional comedy leaves audiences rolling in the aisles.


• Tickets are $15.00
• Advance tickets are on sale through T.O. Tix and will be available in person at their ticket booth in Yonge/Dundas Square


• Or online at totix.ca.
• Friend the Royal here.