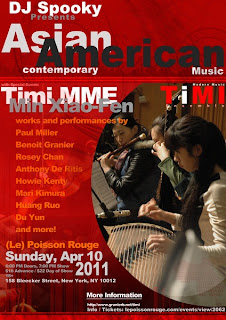 DJ Spooky presents a night of Asian/American contemporary music, fusing the traditional, classical, and modern to create a cross-cultural sonic dialogue between East and West. Please join us as we explore and celebrate interconnections and unity between our diverse and unique but intellectually, economically, politically, and socially connected societies through the global medium of music. 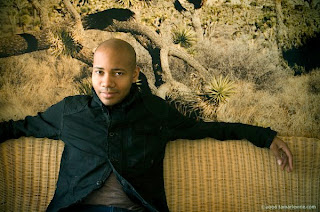 Paul D. Miller aka DJ SPOOKY is a composer, multimedia artist and writer. His written work has appeared in The Village Voice, The Source, Artforum and The Wire amongst other publications. Miller's work as a media artist has appeared in a wide variety of contexts such as the Whitney Biennial; The Venice Biennial for Architecture (2000); the Ludwig Museum in Cologne, Germany; Kunsthalle, Vienna; The Andy Warhol Museum in Pittsburgh and many other museums and galleries. His work New York Is Now has been exhibited in the Africa Pavilion of the 52 Venice Biennial 2007, and the Miami/Art Basel fair of 2007.

came out on MIT Press 2004. His book Sound Unbound

, an anthology of writings on electronic music and digital media was recently released by MIT Press. Miller's deep interest in reggae and dub has resulted in a series of compilations, remixes and collections of material from the vaults of the legendary Jamaican label, Trojan Records.

Other releases include Optometry

(2002), a jazz project featuring some of the best players in the downtown NYC jazz scene, and Dubtometry

, features Dave Lombardo of Slayer and Chuck D of Public Enemy among others. He also produced material on Yoko Ono's recent album Yes, I'm a Witch

DJ Spooky's Rebirth of a Nation was commissioned in 2004 by the Lincoln Center Festival; Spoleto Festival USA; Weiner Festwochen; and the Festival d'Automne a Paris. It was the artist's first large-scale multimedia performance piece, and has been performed in venues around the world, from the Sydney Festival to the Herod Atticus Amphitheater, more than fifty times. The DVD version of Rebirth of a Nation was released by Anchor Bay Films/Starz Media in late 2008.

In August 2009, DJ Spooky visited the Republic of Nauru in the Micronesian South Pacific to do research and gather material for a project in development, with a working title of The Nauru Elegies: A Portrait in Sound and Hypsographic Architecture.

was released on October 6, 2009 on Thirsty Ear Records. With guest appearances by Thurston Moore, The Coup, Mike G. of the Jungle Brothers, Rob Swift of the X-Ecutioners, Mike Ladd, Vijay Iyer, and many others, The Secret Song is a manifesto about our overloaded digital culture.

DJ Spooky At TATE Modern London 2010 from In The Not So Linear Universe:

DJ Spooky At TATE Modern London 2010 from In The Not So Linear Universe on Vimeo.

With an ear for the new, the unknown and the unconventional, TimiMME is dedicated to expose exciting and innovative music as broadly and accessibly as possible to new audiences inside and outside China. The TIMI MME mission is to bring together people, sound, culture, tradition and languages. 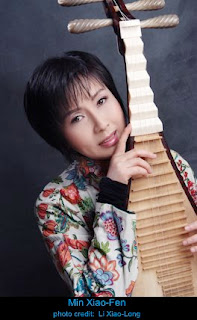 Since its creation, the TImi MME has grown from a project to project basis to a long term dedication to new music. Projects include the creation of exciting festival such as the Irish music festival (2009-2011), the what laptop music sound like symposium (2009), a collaboration with Beijing Central conservatory of music during the Musicacoustica festival (2007-2010) and Beijing Modern Music Festival (2008, 2010), as well as a year long worldwide series of concert that bring them in 2009 to Boston and New york…

Min Xiao-Fen
Internationally known for her virtuosity and fluid style, pipa soloist/singer/composer Min Xiao-Fen has received high acclaim for her classical, new music and jazz performances. She learned the pipa from her father, Min Ji-Qian, a professor and pipa master at Nanjing University. At age 17, she was chosen by the famed Nanjing Traditional Music Orchestra of China and spent over ten years as pipa soloist. She also won first prize at the Jiangsu National Pipa Competition in China and eventually become a first class artist in China.

For the bios of the other guest artist, please visit the link. This is Rosey Chan: