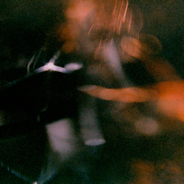 New York, NY April 18, 2011 - Electronic dance music is best served cold. Although I can't claim this to be true, Milwaukee-based producer Andy Petr could very well coin the expression. The electronic dance producer brews fierce rhythms and textures from his frigid Midwestern bedroom to conjure up cold sweats for all dance floors.

Recently signed to Mixpak records, Andy Petr will debut his first official release with the Rapper Turned Singer EP on May 10th. The prolific 19-year old producer also plans to deliver an onslaught of free EPs that include original material as well as the heavy reworkings of some of his favorite rap songs.

• The first free EP is entitled APD004 and you can download it here.

Make way for the next generation.

Well beyond his years, Andy Petr affirms his knowledge of electronic music with his gamut of genre-dipping nods that interlace wallops of IDM, Chicago house, and hip hop. Eloquently displaying his intricate chops, Andy Petr combines current flair and timeless stylings with finesse and precision. Aloofness 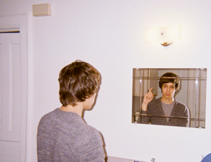 breeds genius. Far from the core London, Paris, and New York electronic scenes, Petr cranks out innumerable, mind-melting jams poised to smother the dance floors across the globe. A name to look out for in 2011 and beyond, there is no doubt Andy Petr will continue to inspire and surprise.

The Mixpak records approach is innovative and unique, where young unknown talent is given a home to grow alongside song music industry veterans. Andy Petr now joins the ranks of an eclectic and eccentric roster of trailblazers such as Hard Nips, Warrior One, Lil Scrappy, and Vybz Kartel.