Babel On: The Global Electronica of Watcha Clan Makes the World Speak One Dance-Inducing Language on Radio Babel 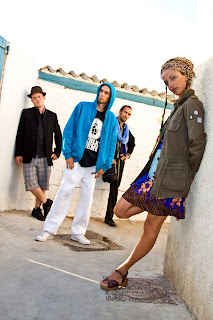 The biblical city of Babel and its infamous tower have received bad press over the centuries. Imagined as a looming structure built by children in which all residents spoke the same language, the omnipresent God decided to trick humans in order to make them scatter - the word Babel is derived from the Hebrew balal, to "jumble."

Yet if we consider the tower as a prototype radio transmitter, as Marseille, France-based Watcha Clan does on its latest album, Radio Babel (Piranha), the sound of one world singing and dancing together makes perfect sense.

"We want to be understood by everyone," says the charismatic vocalist Sista K. "Singing in different languages is the first step in cultural integration, especially expressing the message in English, the international language. Maybe that's not what people expect from 'world music,' but what is essential is to understand each other. With Radio Babel the message goes with the music, and also with the words. Music has the power to pass through any border."

Joined by a multi-cultural cast featuring producer/keyboardist Suprem Clem, bassist Matt Labesse and vocalist/guitarist Nassim Kouti from Oran in Algeria, connecting the European and Middle Eastern worlds has the band's calling card for a decade. Radio Babel is this band's clarion call to watching the walls tumble down.

" While the band's powerful live instrumentation touched with electronic textures includes the indigenous music of Morocco, Algeria, Israel, Spain, the Balkans, Turkey and France, Radio Babel is predominantly concerned with destroying boundaries everywhere. The first video, a mini-documentary focused on Mexican-American border issues, is set to the hit song "We Are One," and features interviews with migrant workers and farmers. 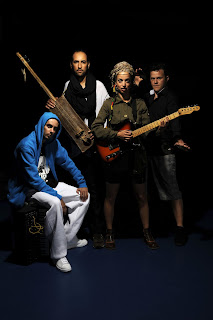 Finding an international fanbase with 2008's Diaspora Hi-Fi, the following year's Diaspora Remixed included remixes by newfound friends across the planet, creating an even broader sound which is found in the new recording. Watcha Clan has always exhibited a visionary spiritual eclecticism in its sound, stretching from Gnawa trance and drum 'n bass to hiphop, Balkan brass and Sephardic folk, with thriving bass-heavy pulsations countered by Sista K's show-stopping vocals.

Unlike many other electronic-fueled projects, every member of Watcha Clan can play their instruments well. They employ samplers and drum pads not as crutches but accentuations of the trance inducing, rhythmically astute rhythms they reproduce on stage. No album to date has highlighted this as beautifully as Radio Babel. Previously the band felt like two: a studio project that pumped out itinerant folklore in a digital age, and a wonderful live band that triggered kick drums as quickly as clanked karkabous.

This new record is the perfect fusion of these two entities. On Radio Babel, the electronics have taken a slight backseat to more mature and fuller songwriting. Kouti and K's harmonizing on the Tuareg-drenched "Hasnaduro" is yet another example of cultural convergence. Pulling from the great surge in Malian desert music via Tinariwen and Toumast, Watcha Clan injects a hearty dose of electric guitars, ululations and North African percussion, including the low register of the bass-like gumbri, into this throbbing dance song.

Perhaps the most inventive song, however, is the band's take on the 17th century Hebrew poem by Rabbi Shalom Shabazi, "Im Nin'alu," most famously covered by Israeli great Ofra Haza.

Whatever sound these nomadic souls travel through, you can be certain that Watcha Clan will accomplish what great artists do: highlight the similarities between cultures through music, instead of complaining about the differences. To hear the sound of one world united by music, join the movement on Radio Babel.