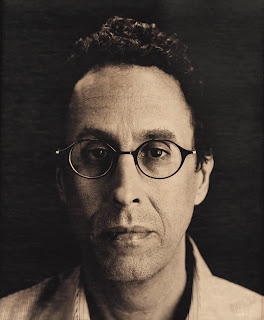 “Mr. Harris neither pulls his political punches … nor forces easy conclusions. He deftly layers his data, leaving us to connect the dots.”
– The New York Times

“… if it’s true that in the world of art and commerce only the strong survive, [Lyle Ashton Harris] stands his own ground, and is gaining.”
– Art in America

Gregory R. Miller & Co. is pleased to announce the publication of Lyle Ashton Harris’ Excessive Exposure. This exquisitely produced monograph collects in a single volume all of the “chocolate colored” portraits photographed by New York-based artist Lyle Ashton Harris with a large-format (20” x 24”) Polaroid camera over the past decade.

Featuring an introduction by the distinguished Harvard scholar Henry Louis Gates, Jr., a critical essay by renowned international curator Okwui Enwezor, and a candid conversation with the artist Chuck Close, this large-scale, lavishly illustrated publication represents the complete and definitive series of these 200 paired front and back portraits for which Harris has received wide critical and commercial acclaim.

Excessive Exposure portrays a compelling collection of subjects ranging from the artist himself to his friends and family to art world and cultural luminaries. Rev. Al Sharpton, actress and playwright Anna Deavere Smith, Yoko Ono, Director and Chief Curator of the Studio Museum of Harlem Thelma Golden, Pulitzer Prize winning playwright Suzan-Lori Parks (Topdog/Underdog), and Pulitzer Prize winning playwright and screenwriter Tony Kushner (Angels in America), are just a few of the many figures who are uniquely captured and revealed in this book.

Chiaroscuro lighting and a richly subdued palette produce portraits both unabashedly vulnerable and strikingly mysterious—another powerful manifestation of Harris’s ongoing engagement with identity and image. In Excessive Exposure, Harris continues to redraw the boundaries of the photographic portrait and deepens his long-term artistic and cultural investigations of gender, ethnicity and identity. 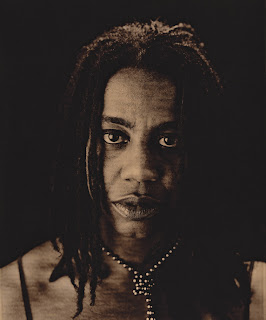 Describing Lyle Ashton Harris’s singular achievement in Excessive Exposure as “darkly haunting yet humane and inviting,” Professor Gates notes in his foreword that this series of photographs “serves to democratize and, simultaneously, destabilize the very concept of a black—indeed, of an American—archive itself.”

He concludes, “The only thing ‘excessive’ about what Harris has accomplished here is his profound and sublime aesthetic and intellectual contribution to a new way of seeing, of representing, the diversity at the heart of any meaningful definitions of representative democracy and transcendent, timeless art.”

The culmination of ten years of deeply compelling and thought-provoking work, Excessive Exposure combines masterful images with authoritative texts to cast new light on the series, its intent, and its meaning as well as on our collective understanding of what it means to be at once an individual and a member of a community.

Lyle Ashton Harris was born in the Bronx and raised in New York City and Dar Es Salaam, Tanzania. He currently lives and works in New York City and Accra, Ghana. His work has been exhibited internationally, including at the Guggenheim Museum, the Whitney Museum of American Art, and the Corcoran Gallery of Art.

Harris’s work is also regularly featured in publications such as The New York Times Magazine, Vibe, and New York. Harris is an Assistant Professor of Art at New York University and is represented by CRG Gallery in New York.

Henry Louis Gates, Jr. is the Alphonse Fletcher University Professor and the Director of the W.E.B. Du Bois Institute for African and African American Research at Harvard University. He is the author of numerous books and has hosted and produced nine documentaries.

Okwui Enwezor is Editor of Nka: Journal of Contemporary African Art and Adjunct Curator, International Center of Photography, New York. He has curated numerous major exhibitions throughout the world, including Documenta 11 and biennials in South Africa, Spain and South Korea.