on April 14, 2011
From a media release - with the previews & opening night nearly sold out already, you'll want to get your hands on these tix quickly:

When Aimée (Jan Alexandra Smith) learns that she has a brain tumour, she has to decide whether to abort her pregnancy or risk her life to have her child.  Although she knows she will have to pay the ultimate

price, she chooses her child.  At the age of sixteen, her daughter Loup (Vivien Endicott-Douglas) reluctantly begins a quest to discover the origin of her mother's mysterious illness, an illness that brought on unsettling visions and prophecies before it finally claimed her life.  Loup turns to her grandparents and then looks to wartime Europe before the story leads us to Loup's ancestors and the forest where they lived - and where Loup begins to unearth her family's darkest secrets.

In the third play of a four play cycle that includes Tideline and Scorched, Wajdi Mouawad takes us on a quest that spans six generations and two continents where the bonds of family are tested, stretched, broken and, finally, redeemed by love. 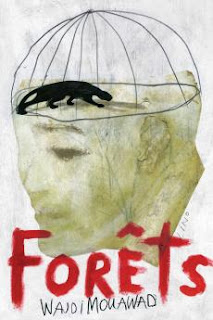 Wajdi Mouawad describes himself as Lebanese in his childhood, French in his way of thinking and Québécois in his theatre. His foremost sources of inspiration are childhood, war and exile.  For four years (2000-2004), Wajdi Mouawad was at the helm of Montreal's Théâtre de Quat'Sous.  From 2007 to 2011, he was artistic director of the Théâtre français du Centre National des Arts, in Ottawa. Works include Wedding Day at the Cro-Magnons, Willy Protagoras enfermé dans les toilettes and Alphonse.

Wajdi was also knighted as Chevalier des Arts et des Lettres by the French Government for his prolific career.  In 2009, Mouawad was appointed to the Order of Canada, and the Académie Française awarded him the Grand Prix du théâtre for his accomplishments as a playwright.  He also was the artiste associé of the prestigious Festival d'Avignon in France for which he remounted Littoral (Tideline), Incendies (Scorched) and Forêts (Forests), and completed the quartet with the production of Ciels. Besides his work for the stage, Wajdi Mouawad has directed a feature-length film, Littoral, based on his play of the same name; and his play Incendies was adapted for film by Denis Villeneuve, and was an Academy Award Nominee for best foreign language film in 2011 and won the Genie Award for Best Motion Picture.

An outstanding cast of eleven has been assembled for Forests.  Ten of these actors are returning to the Tarragon stage: Dmitry Chepovetsky (Remnants), Matthew Edison (Midnight Sun),  Vivien Endicott-Douglas (Hush), David Fox (If We Were Birds), Sophie Goulet (Scorched), Brandon McGibbon (Misanthrope), Alon 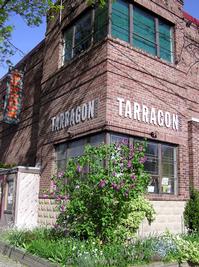