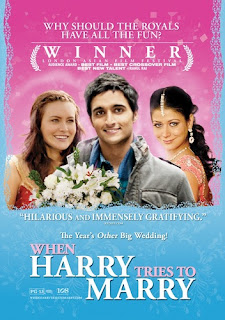 Indie Meets Filmi: The Austin Roots and Bollywood Flair Behind When Harry Tries to Marry Soundtrack

American film soundtracks are often like arranged marriages: a union of disparate elements that only sometimes spark real passion.

The music of the new cross-cultural romantic comedy, When Harry Tries to Marry (108 Pics; April 22, 2011). is an inspiring evolution of sound and color reminiscent of some of the world's greatest blockbuster films.

“Music and movies go hand in hand when you come from a culture like ours,” notes India-born, U.S.-raised director Nayan Padrai. “A soundtrack is about telling a story, rather than simply licensing some tracks.”

Integral to the making of the movie, the soundtrack matches the film’s distinctly indie American vibe and its intricate, vibrant Indian scenes. It features some of Austin’s boldest, most soulful sounds and some of the subcontinent’s best playback (cinema) singers and composers. The tracks share a catchy intensity perfectly tuned to the film.

Mapping the journey of Harry, an Indian-American hoping to avoid romantic disappointment by choosing an arranged marriage, the soundtrack forms a seamless part of this tale of careful calculation and undeniable spark.

Envisioned as essential to the film’s action and characters, the soundtrack was part of the script’s evolution from its beginnings more than a decade ago. Padrai knew exactly what he wanted to hear and when.

“When people shoot a scene, they think carefully about the color of the wall behind the actors, and their clothing. Why wouldn’t you decide just as early on what people are listening to?” Padrai explains. “In Indian cinema, you usually make the music before you make the movie.”

With a clear notion of what music would capture the characters and the moments, he called Sarah Sharp, an old friend from one of America’s quintessentially musical cities, Austin. Sharp, a singer-songwriter with 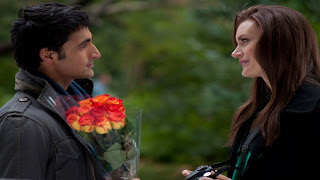 serious jazz chops and a background in music supervision for film and television, understood that an independent film needed indie music voices.

“Instead of putting commercial tracks together in the editing room, I got to work with Nayan and introduce him to these artists early on,” recalls Sharp. “The result is youthful and indie. It’s not your garden-variety soundtrack. And Indian audiences will hear a whole new side of American music.”

Sharp started to work with mainstays of the Austin scene—from hip-hop artist Ter’ell Shahid to the idiosyncratic electronica of Small*Star, from the extraordinary talent of rock/pop duo the June Junes to Craig Marshall’s catchy, brainy rock. With Marshall, Rachel Loy (an in-demand session player, when not moonlighting with Small*Star), and with singer-songwriter Andrea Perry, Sharp sat down, hung out, and started writing original songs for the film, some based on Padrai’s lyric ideas. 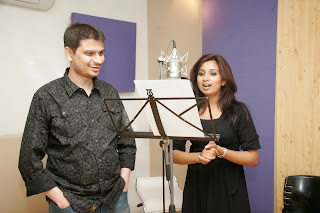 Meanwhile, cut to a Mumbai recording studio, where big names—from the established Udit Narayan to the youth icon Shreya Goshal, along with the soulful Madhushree and up-and-comer Rishikesh Kamerkar—laid down stunning vocals for key songs inspired by Indian wedding ceremonies, the festival of color – Holi, and traditional Gujarati dances. Composed and produced by Siddharth Kasyap, the tracks have all the sparkle of Indian film hits, while remaining grounded in acoustic sounds. (Pictured: Siddharth Kasyap & Shreya Goshal)

“Siddharth actually created temp tracks for even the rough cut, and throughout the editing process we composed new tracks to go with scenes instead of using temp score, which is usually done. Siddharth is the type of composer who takes the time to let the music marinate with the film instead of throwing the whole 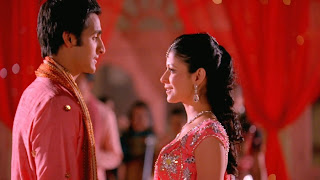 mixer at you and making a square peg fit a round hole,” says Padrai. “We needed something more folk-oriented, more earthy and more real… and he knew exactly what to do.”

“I wanted to have a really powerful soundtrack for the movie. Maybe being Indian, I felt the film had to have great music—or what kind of movie is it, anyway?” laughs Padrai.