Part II - from Placido Domingo to Diana Krall, Marvin Hamlisch, Tony Bennett, Lionel Richie, Dame Helen Mirren and even more, the BlackCreek Summer Music Festival aims to wow all summer long - this is the second of two posts because it's just too much for one! From a media release:

The new BlackCreek Summer Music Festival will launch its inaugural season at the Rexall Centre on the campus of York University on June 4 with Plácido Domingo in concert. The 2011 season spans 14 weeks, from June to September, and this second half includes such renowned artists as Marvin Hamlisch, country superstar Alan Jackson, the Canadian debut of renowned tenor Roberto Alagna, and Lorin Maazel conducting the London Symphony Orchestra and Castleton Festival Orchestras - all performing “under the stars.” 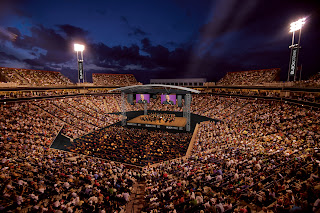 Curtain up!  Light the lights!  Join us for this all-star celebration of Broadway led by Oscar, Tony, Emmy, Grammy, Golden Globe and Pulitzer Prize-winner, Marvin Hamlisch, in an evening of dazzling showstoppers starring Audra McDonald and  Brian Stokes Mitchell–two of  today’s biggest and brightest Broadway stars, returning to Toronto for the first time since their triumph together in Ragtime—along with Tony winner and “30 Rock” star, Jane Krakowski, plus the hilarious Martin Short, and accompanied by the BlackCreek Festival Orchestra and Chorus.

One of the best songwriters, performers, hit-makers, award-winners of our time, former Creedence Clearwater Revival frontman John Fogerty is a genuine showman — an entertainer dedicated to the proposition that every audience deserves his very best. The Band’s Levon Helm not only saw the birth of rock and roll, but has had a major role in sustaining it. Most recently he won two Grammys (in 2008 and 2010) and was named one of Rolling Stone’s “100 Greatest Singers of All Time.”

Says Thomas Lauderdale, founder of PINK MARTINI: “All of us in Pink Martini have studied different languages as well as different styles of music from different parts of the world. So inevitably, our repertoire is wildly diverse. At one moment, you feel like you’re in the middle of a samba parade in Rio de Janeiro, and in the next moment, you’re in a French music hall of the 1930s or a palazzo in Napoli. It’s a bit like an urban musical travelogue.” All five of Pink Martini’s albums to date have gone gold in France, Canada, Greece and Turkey, and have sold well over 2 million copies worldwide. 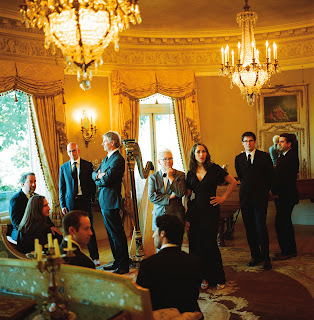 Since the release of his 2004 critically acclaimed CD When I Fall In Love, CHRIS BOTTI has become the biggest-selling American jazz instrumental artist. His success has crossed over to audiences usually reserved for pop music, and hisongoing association with PBS has led to four #1 jazz albums as well as multiple Gold, Platinum & Grammy Awards. Over the past three decades, he has recorded and performed with the best in music; including Frank Sinatra, Sting, Josh Groban, Michael Bublé, Paul Simon, Joni Mitchell, John Mayer, Andrea Bocelli, Joshua Bell and Aerosmith’s Steven Tyler.

Seven studio albums in fifteen years is, in itself, a measure of JESSE COOK‘s artistic success. And, for this latest recording, he wanted to trace rumba flamenco back to its roots in Cuba. His instincts, though, got the better of him and he wound up spending time in Bogota, Colombia. The resulting body of work is sublime, a continuation of Cook’s insatiable appetite for world music in all its forms. It’s a similar approach he took when recording the many different rhythms in Egypt, Spain and elsewhere for his two more recent studio albums Frontiers and Nomad, both of which, it should be noted, quickly climbed to #5 on the Billboard charts.

ALAN JACKSON is one of the most successful and respected singer-songwriters in music. He’s sold nearly 60 million albums worldwide, topped the country singles charts 35 times, and scored more than 50 Top 10 hits. He’s a 17-time winner at the ACM Awards and a 16-time CMA Award recipient, a tally that includes three CMA Entertainer of the Year honours. Jackson is also a two-time Grammy-honoured artist, whose songwriting has earned him the prestigious ASCAP Founders Award. A 2010 recipient of a star on the Hollywood Walk of Fame, he’s known for music that celebrates the common man (“Where I Come From”), and speaks to generations (“Drive [For Daddy Gene]“) and to American Patriotism (“Where Were You [When the World Stopped Turning]“).

Grammy-nominated super duo BIG & RICH set country music on its ear when their “Save A Horse (Ride A Cowboy)” single and video hit the airwaves in 2004. Their Horse of a Different Color, Comin’ To Your City and Between Raising Hell and Amazing Grace albums were met with critical and commercial success, and countless miles of touring followed. In 2008, the award-winning duo went on hiatus while Big Kenny recovered from a neck injury. In the years that followed, each released solo albums.  Big Kenny also travelled the globe, working tirelessly in the Sudan’s war-torn Darfur region, helping deliver medical supplies and entertaining aid workers in Haiti following the devastating earthquake, and more.

GRETCHEN WILSON exploded onto the country music scene in 2004 with her smash hit “Redneck Woman” and has since scored three #1 albums. The critically acclaimed singer/songwriter has won virtually every award for which she’s been nominated, including trophies from the Grammys, ACM, CMA, AMA and more. Her first book, the autobiographical Redneck Woman: Stories from My Life, landed her on the 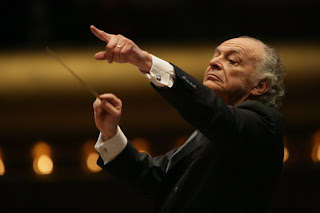 prestigious New York Times Best Seller List. Her newest album, I Got Your Country Right Here, is currently in stores, and her “I’d Love To Be Your Last” single is hitting radio now.

Excerpts from two of the most beloved operas in concert version: Gershwin’s Porgy and Bess, with three stellar vocal soloists; and Bizet’s Carmen (orchestral interludes and Final Act) with the smouldering Denyce Graves in the title role.  Gershwin’s famous rhythms and melodies “grab” listeners and do not let go…while the power and passion of Carmen truly electrify through Denyce Graves’ passionate portrayal.

The Castleton Festival in Virginia was founded in 2009 through the leadership of Lorin Maazel, and has quickly become a magnet for superb young vocal and instrumental artists.  These musicians annually come to Castleton Farms to live and work together under the inspired guidance of one of the world’s preeminent conductors.

An undisputed gospel siren, YOLANDA ADAMS is one of the key figures of the genre’s bold renaissance, one of gospel’s most transcendent ambassadors. Siblings Erica and Tina Campbell’s groundbreaking, chart-topping duo MARY MARY has never wavered from defying convention to fulfill its mission: sending uplifting messages through music and words that are relatable to everyone. Mary Mary has earned 3 Grammy Awards, 2 American Music Awards, an NAACP Image Award and a BET Award.

DONNIE McCLURKIN creates profoundly uplifting music for the soul and formed both the McClurkin Singers in 1979 and the NY Restoration Choir in 1989. Contemporary gospel’s preeminent group, THE MIGHTY CLOUDS OF JOY, pioneered a distinctively funky sound that over time gained acceptance even among purists, pushing spiritual music in new and unexpected directions.

Sure to be one of the summer’s high points, master conductor Lorin Maazel leads the great London Symphony Orchestra – in its first-ever residency in Toronto  and after a 30-year absence– in Beethoven’s crowning orchestral masterpiece, the Ninth Symphony, preceded by the great Leonore Overture No. 3. 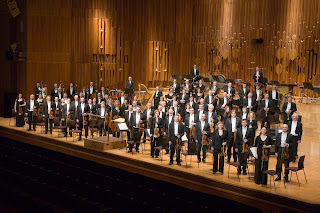 There’s great music to please everyone on this program:  from the overwhelming Coronation Scene from Mussorgsky’s Boris Godunov (featuring today’s most renowned Boris, René Pape, with Chorus) as well as Night on Bald Mountain; through the ravishing melodies of Puccini’s Intermezzo from Manon Lescaut, and heart-stopping arias from Verdi’s Don Carlo and Gounod’s Faust that reveal the towering vocal mastery of René Pape.  The program ends with one of the ultimate showpieces for a great orchestra and great conductor: Mussorgsky’s Pictures at an Exhibition, orchestrated by Ravel.

The three most celebrated and popular American composers of concert music are highlighted, with works by Leonard Bernstein, Aaron Copland, and George Gershwin.  The first half includes Copland’s majestic Lincoln Portrait, featuring the immortal words of the martyred President.  The second half includes Gershwin’s irresistibly brilliant Piano Concerto in F (with Pascal Roge soloist) and the ever-popular, An American in Paris — conducted by the great American maestro who was himself born just outside Paris!  The program also includes Bernstein’s Candide Overture, and Copland’s Appalachian Spring Suite. 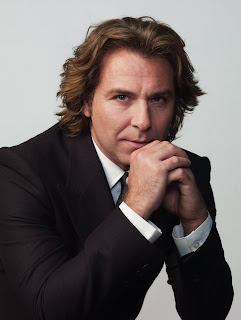 The Canadian debut of one of the world’s most thrilling tenors, the renowned ROBERTO ALAGNA. Joining Mr. Alagna in a program of arias and duets from the Italian and French repertoire will be acclaimed soprano SVETLA VASSILEVA, also making her Canadian debut. The two artists will perform with the BlackCreek Festival Orchestra and Chorus, conducted by Leonardo Vordoni.

Mr. Alagna’s and Ms. Vassileva’s program at BlackCreek will salute the 150th anniversary of Italy’s unification as a nation-state in 1861 by including beloved arias and duets by Puccini and Verdi, including some of the most popular selections from Puccini’s La boheme, Tosca, Madama Butterfly, Turandot, La Rondine and Gianni Schicchi; Verdi’s Otello; and operas by Halevy and Zandonai. There will also be orchestral and choral selections by Bizet and Mascagni.