New York, NY – In honor of its 30th anniversary, the Blue Note Jazz Club is opening its doors throughout New York City during the month of June for the inaugural Blue Note Jazz Festival.

More than 80 shows featuring many artists who have performed at the Blue Note for years will take the city by storm at this year’s largest New York jazz festival.

• More than 60,000 tickets are available.
• Ticket information and a complete schedule of events are available on the official festival website, www.BlueNoteJazzFestival.com. 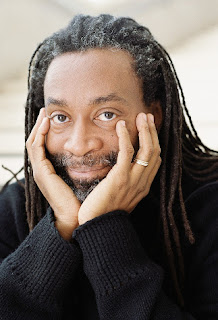 • Check out the full event calendar

“Thirty years ago, I never could have dreamed that the Blue Note would become what it is today,” owner and operator Danny Bensusan said of his famed jazz club. “It wasn’t easy to convince the artists to play here at first.We had help from some of the musicians who believed in what we were trying to do – Ray Brown and Dizzy Gillespie, in particular – and as we started bringing in bigger names, the reputation of the club grew. Once they played the Blue Note, they always wanted to come back, because there is an intimacy here between the audience and the musician that is appealing to everyone.”

“To celebrate our 30th year, we’re presenting musicians all over New York who have played the Blue Note since the beginning, as well as new ones who we hope will continue to come back for many years,” Mr. Bensusan said of the festival.

The Blue Note shows in particular will feature many of the club’s longtime artists, like Jon Hendricks, who will be celebrating his 90th birthday, Lee Konitz, who performed at the Blue Note within the first few weeks of the club’s opening, and Dave Brubeck among others. 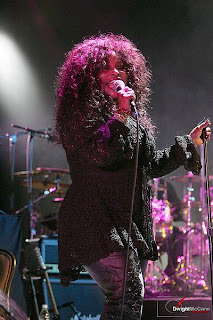 and investing in jazz education. In light of this, the Blue Note Jazz Festival will include a series at the Mercury Lounge devoted to young up-and-coming artists in a variety of genres, as well as the new Spontaneous Construction Series at the Blue Note presented by Search & Restore, which pairs young, experimental artists together for the first time.

Additionally, the Blue Note Jazz Festival will sponsor educational programs for the non-profit organization JazzReach and its “ELLINGTON!” program at the Highline Ballroom which will host hundreds of New York City Public School students each day over a period of three afternoons.

About Blue Note
Since its inception in 1981, the Blue Note has become a cultural institution in New York and one of the premier jazz clubs in the world. Jazz is undoubtedly America's music, and while the Blue Note strives to celebrate the music's great history, the club is a place where progression and innovation - the foundation of jazz - are encouraged and practiced on a nightly basis. After 30 years of success, the Blue Note continues to carry the torch for jazz proudly.

Located at 131W. 3rd St. between 6th Ave and McDougal St., in the heart of Greenwich Village, the Blue Note offers music every night at 8pm and 10:30pm. On Friday and Saturday nights at 12:30am, Blue Note hosts the Spontaneous Construction Series and the Late Night Groove Series, respectively. The Blue Note Brunch is held every Sunday with sets at 12:30pm and 2:30pm.