Chocolate Woman Dreams the Milky Way - Previews May 31 in Toronto 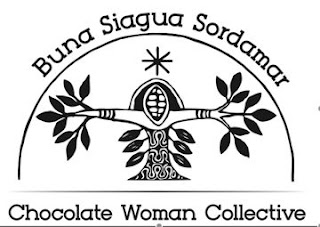 Written by Toronto playwright and performer Monique Mojica and directed by internationally renowned Kuna actor and director Jose A. Colman, the show will run from Thursday, June 2nd, 2011 to Sunday, June 19th, 2011 at the Helen Gardiner Phelan Playhouse at the University of Toronto, with previews May 31 & June 1.

Chocolate Woman Dreams the Milky Way weaves together the realities of intense political struggle with the traditional stories of the Grandmothers of Creation to create an entirely new approach to theatre. The play deftly layers together the perspectives of a girl-soldier, a Daughter fallen from the Stars, and Sky Woman (First Woman). The result is a unique hybrid that brings the vibrant beauty of Kuna art to the stage with daring contemporary performance techniques. This thought provoking piece layers visual and dramatic narrative in a tapestry of creation, conflict, and curing that celebrates the strength of women from a distinctly indigenous perspective. 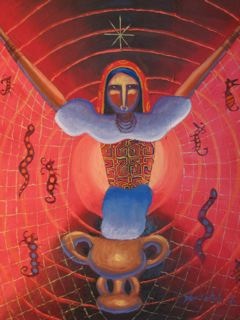 Director Jose A. Colman is from the autonomous Indigenous territory of Kuna Yala where he has struggled against systematic racism to become the only professionally trained Kuna actor in Panama, where his grandfather led the Kuna uprising against the Panamanian authorities in the Dule Revolution of 1925. Colman is a respected artist known for his dedication to mentorship and his work with the organization Shine A Light to create a program for urban Kuna youth to re-create their culture in the city.

Chocolate Woman Dreams the Milky Way features Toronto performer and playwright Monique Mojica (Princess Pocahontas and the Blue Spots, Nightwood Theatre; Death of a Chief, National Arts Center; Adventures of a Black Girl in Search of God, Nightwood/Obsidian/Mirvish) who is known for her work with the performance ensemble Turtle Gals with whom she co-created The Scrubbing Project and Triple Truth, and whose performance in the Miramax film Smoke Signals garnered her a Best Supporting Actress nomination from First Americans in Arts. 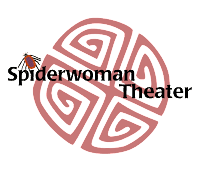 She is joined by her mother, elder/master actor Gloria Miguel, who is a founding member of the Spiderwoman Theatre in New York and is best known in Canada for her participation in the original
production of Tomson Highway's The Rez Sisters

Together the performers will interact with set created by internationally acclaimed visual artist Oswaldo De Leon Kantule, winner of the Visual Arts Prize at the 2nd Biennial of Indigenous Art in Ecuador whose work has been toured extensively across North America, Cuba, El Salvador, and France; and Dora Award winner Erika Iserhoff (Agokwe, Buddies in Bad Times Theatre).

The original score is provided by Kuna composer Marden Paniza, known across Panama, Europe, and the U.S. for his innovative brand of jazz Ethnofusion.

The Chocolate Woman Collective has, to date, collaborated on three research and creation workshops in Toronto. They are dedicated to making theatre that explores Indigenous arts in story-telling, seeking to reclaim and re-create their culture through the artistic process.

• Tickets are available for purchase through TO Tix online at totix.ca or at the booth.
• Tickets may be reserved by calling 647-717-6129 or emailing wnanibush@gmail.com
aboriginal theatre indigenous theatre kuna culture panamanian culture toronto theatre scene