Azalea Ray with Beatmap
May 29 at Lula Lounge - Toronto

Azalea Ray's richness lies in her versatility. With North Indian Classical training, she is able to perform Khayal, Ghazals, thumri, bhajans, folk songs, Bengali as well as Sufi songs with absolute abandonment and ease. She is also the only student of ghazal maestro Fareeda Khanum. This concert

marks her return home after 8 months study in Pakistan. Combining her voice with the world-groove sound of beatmap, takes the evening in another direction, down a pathway toward new...read more

Born in Holland and raised in Toronto, Azalea’s classical training began at a young age studying under Indian legends in Calcutta. She performed in Calcutta, Beneras, Canada and America until, tragically, in 2003, a medical accident cut her right vocal chord and she was told her voice was gone forever. Imprisoned in silence, Azalea lost heart, direction and purpose. Then Sufism entered her life. The focus changed from what she couldn’t do to what she could. With a profound connection to the powerfully deep singing voices of Pakistani legends Farida Khanum and Abida Parveen, her spirituality resulted in the rebirth of her singing voice and has made her one of the most sought-after vocalists for many musicians, classical dancers and connoisseurs of music.

Formerly a 4 octave range singer, with additional training in opera and jazz, she found she had lost the ability to sing soprano and simply adapted to her new voice. In December 2008, Farida Khanum tied a 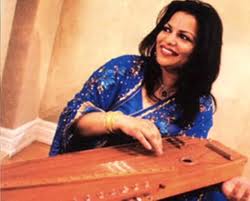 sacred string around Azalea’s arm and, on Pakistan television, publicly announced Azalea Ray as her one and only student. Her Guruma’s undying belief and love for Azalea gave her the courage to charge ahead in her passion for music.

Azalea’s aim was no longer to merely entertain an audience but to connect with their soul; to have them transported into another realm with her verses and be united. For her, Sufi music became a way to bridge generations, gender, religion and class. Once she found the light again all she wanted to do was share it with others. This was the beginning of Azalea’s rebirth into music.

With almost 100 years between them on the Canadian and international scenes, beatmap has been one of Toronto’s hidden musical gems. With the recent work supporting the soaring spiritual voice of Azalea Ray, beatmap has become even more adventurous in its wide ranging musical excursions.