Equatorial Guinea: Anastasio & Zalang Band at the Gladstone Toronto May 6

Anastasio and Zalang Band
Friday, May 6th at the Gladstone Hotel Toronto

Batuki Music Society and the Gladstone Hotel present music from Equatorial Guinea featuring Anastasio and Zalang Band on Friday, May 6th at the Melody Bar at 7 pm. 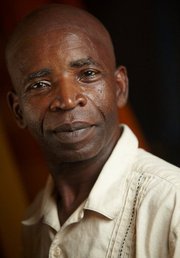 This is the second event in the World Concert Series that takes place on the first Friday of each month from 7 – 10 pm. at the Gladstone Hotel located at 1214 Queen St. West, Toronto. This is an all ages event and it’s free. The series will feature a diverse lineup of performers with a strong focus on African music. Guest DJ Apollo will be spinning from his vast collection of popular African hits.

Anastasio Bickie was born into a musical family in the lush tropical and tiny country of Equatorial Guinea in West Africa. Bickie immersed himself in music from an early age. His father played guitar and often his home would be filled with people singing, dancing and playing drums. There was a popular musician, Ecuaga Miko who along with his wife, would travel from village to town singing and dancing to traditional ‘Fang’ rhythms and melodies. The town’s people would supply the drummers and their voices would become the backup choir for Miko and his wife to perform. Bickie was influenced greatly in his early years through these musical experiences and this environment contributed greatly to his decision to make a career in music.

While growing up in Bata on the mainland in the Rio Muni district there was not a lot of local recorded music available. The radio stations mostly broadcast popular music of neighbouring countries like Cameroon, Gabon and Nigeria, soukous of Zaire, music from Spain, South America and Cuba, European and North American pop music. These musical styles along with the traditional ‘elon’ rhythms and other musical styles of Equatorial Guinea combined to create the unique sound of Bickie’s music. 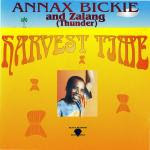 Bickie had the opportunity to go to Madrid where he formed his first band called Annax. He performed with his group around Spain and also toured with a popular Spanish duo, Eduardo Rodrigo and Teresa Rabal. Soon after Bickie migrated to Canada in 1985 and called Toronto home, he formed a band and named it Annax Bickie and Zalang. Anastasio Bickie is one of a few musicians that introduced African music to Toronto in the mid ‘80’s. His band recorded a couple of albums, ‘Harvest Time’ and ‘Cosecha’, and an award winning video ‘I Can’t Sleep’. Annax Bickie and Zalang performed in some of Toronto’s popular clubs including The Phoenix, The El Mocambo, The Bamboo Club and Harbourfront Centre.

Anastasio’s band continues to capture the same spirit and energy that have always been a part of his music. Fronted by Anastasio on vocals/guitar, Zalang’s lineup is comprised of bass, drums, percussion, keys and lead guitar.

On bass guitar is Steve Perzow who has been an active part of the independent Toronto music community for many years. His involvement in a broad range of projects has led to participation in music festivals, live comedy and theatre productions, recordings and collaborations.

Maurizio Valente brings over 20 years of drumming experience to Zalang. After studying at the Ontario 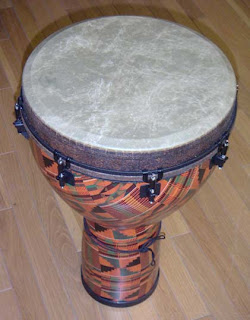 College of Percussion he relocated to New York City where he spent five years pursuing several musical and theatrical projects. His return to Toronto has seen him perform with various top 40 and R&B bands throughout the city. Maurizio teaches drum at ‘Just Drums’.

On percussion is Daniel Shlagbaum who has been playing various types of percussion for over 20 years. He has travelled to West Africa to study ‘djembe’ and ‘pan logo’ as well as India to study ‘tabla’.

On keyboards Howard Goldbach is an accomplished musician and composer, he teaches at the Toronto Institute for the Enjoyment of Music and regularly performs with pop group Fighter/Lover.

On lead guitar is Simon Akirov who began studying classical guitar at the Royal Conservatory of Music at the age of seven. He teaches at the Toronto Institute for the Enjoyment of Music and has a strong interest in many musical styles from around the world.