Free in Downtown Toronto: Yonge-Dundas Square Line Up May 18 - Oct 19

Yonge-Dundas Square
Presented by Virgin Mobile
Free events in the Heart of the City!

Toronto, May 2011 - Yonge-Dundas Square proudly announces another season of exciting FREE events for 2011. From May 18 to October 19, programming is being presented that reflects the breadth of talent

and cultural diversity in Toronto. The Square's programs range from the hottest indie acts and musical styles from around the world, to get-up-and-dance musical film and documentary screenings. YD Square summer events offer something special for people of all ages and interests. Virgin Mobile is the Presenting Sponsor for Yonge-Dundas Square.

Yonge-Dundas Square is a unique focal point in downtown Toronto where communities come together, an exciting urban space designated for use as a public piazza and event venue. Since opening in 2003, the Square has produced over 200 events and hosted more than 1,250 promotions, media launches and community and cultural festivals attended by more than 5 million people, On quiet days, the Square is a respite from the hectic pace of downtown life, offering an oasis of water fountains, café seating and several site amenities including free Wi-Fi access (in association with Wireless Toronto), TTC subway access, a sightseeing and information kiosk and the T.O. TIX ticket booth. 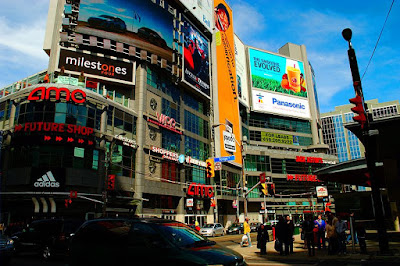 City Cinema -Cineplex Entertainment presents Dancing in the Dark.
Put on your dancing shoes and get ready to move with these Tuesday night musicals all summer long. From the seminal drag documentary Paris is Burning to iconic coming-of-age tales Dirty Dancing and Saturday Night Fever and the decadent fun of Moulin Rouge!, these tuneful films will have you dancing on the Square. Special double bills that pair thematically connected documentaries and dramatic films give fans the chance to see different takes on the same subject on select evenings.

Lunchtime Live!
Take a noon-hour break from a busy day and enjoy some of Canada's best jazz, country, bossa nova, rock n' roll and more in one-hour sets under the sun every Wednesday. From the electronic pop of Lal to the alt-country harmonies of The Strumbellas, there's no better way to spend a lunch hour. 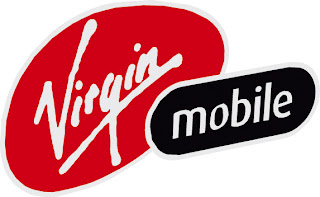 Indie Fridays presented by Virgin Mobile
Showcasing some of Canada's hottest indie artists, Indie Fridays is the perfect way to cool down with some rockin' tunes on a hot summer night. From the danceable pop rock of Sweet Thing, to the smooth soul and hip-hop of Miles Jones and indie-folk of Jason Collett and Zeus and more, there's no better way to beat the heat. Virgin Mobile Members will also get the rock star treatment with access to some awesome extras! Stay tuned to virginmobile.ca/lounge for all the details coming soon!

For a full schedule and complete listings information, visit www.ydsquare.ca